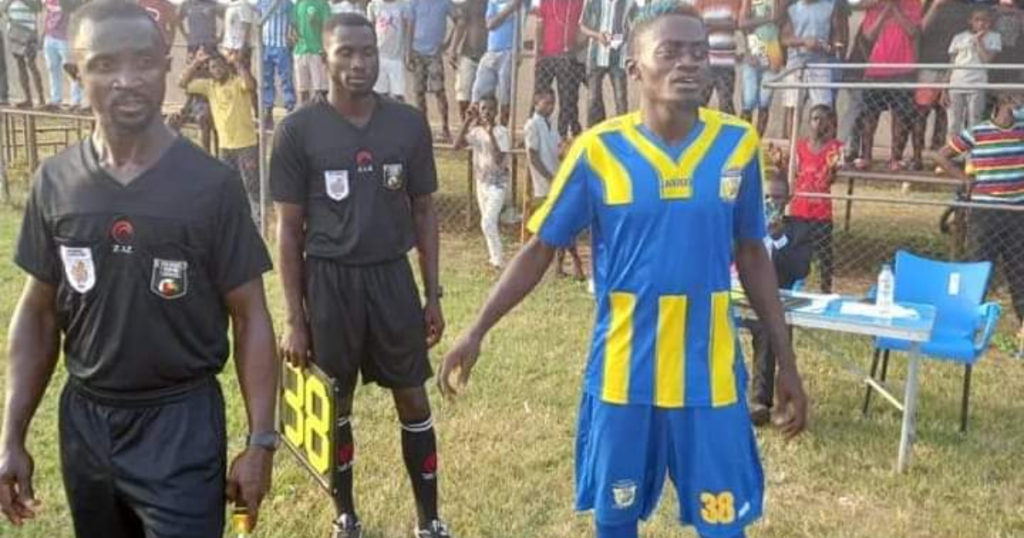 Ghanaian movie star, Kwadwo Nkansah popularly known as Lil Win, has become the first actor to make a professional football debut after his first appearance for New Edubiase in the Division One League.

Lil Win came on in the final minutes of New Edubiase's victory over Unistar Soccer Academy at the Nana Gyamfi Park in Bekwai.

Isaac Mintah's brace was enough for the Bekwai-based club as they cruised tovictory on match day five of the second tier league.

The Kumawood actor becomes the first popular star to make such a career switch.

Lil Win signed a two year deal with New Edubiase and works as both an ambassador and a player for the Premier League promotion chasers.

In the past, players have switched into becoming actors with the likes of Eric Cantona and David Beckham, the notable names.

However, there is no such case for actors turning professional footballers and Lil Win could be the first ever to successfully make that move.

You can't be depressed in Ghana oow.

✅ competitive debut for New Edubiase United in Division one league..