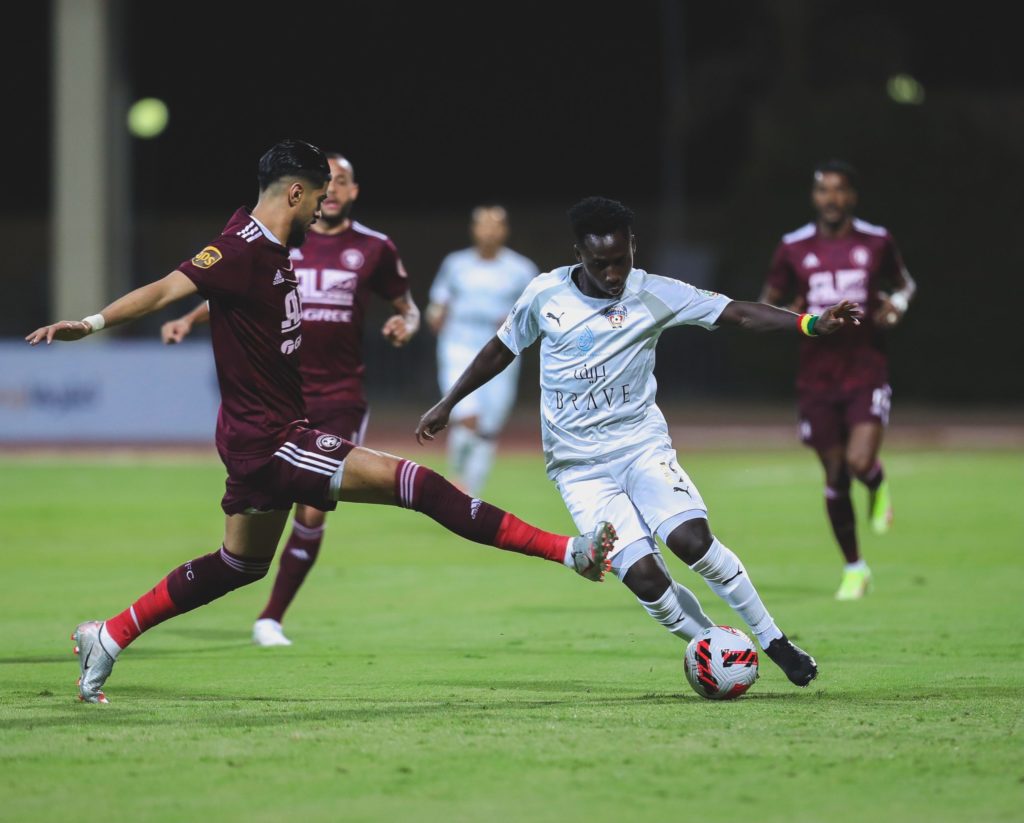 Ghana's talented winger Samuel Owusu was in an awesome form for Al-Fahya FC, providing an an exquisite assist for the side in their 2-1 defeat at Al-Faisaly in the Saudi Pro League on Thursday night.

Owusu, 25, delivered the masterstroke tip-toe to Sultan Mandash to pull a goal back with three minutes left to play.

The Ghanaian superstar was the toast of fans with his immense performance against their opponents at the Al Majma'ah Sports City Stadium.

The highly-rated winger is back to business as usual with a consistent displays for the Saudi Arabia side.

He featured prominently, scoring goals for fun and providing multiple assists to guide the club back to the elite division after just a season in the second-tier.

Two wins and draw means Al Fahya have dropped to third on the table with seven points, just two behind leaders Al- Ittihad on nine points after just four games.

Watch the exquisite pass that has captured the imagination of fans on social media.