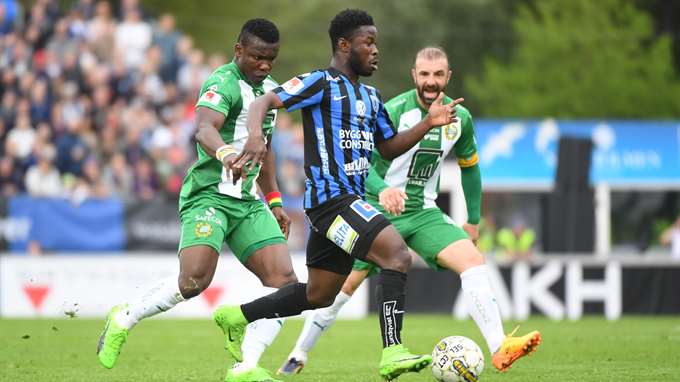 Watch video of Ghana midfielder Kingsley Sarfo admitting that he has been driving in Sweden without a licence which could land him a prison sentence.

The Malmo star could be jailed up to six months in prison in Sweden for driving without license.

Sarfo, 22, who has been handed his debut Black Stars call up by Kwesi Appiah for the 2018 FIFA World Cup qualifier against Uganda

Watch video of Sarfo admitting that he drove without a license