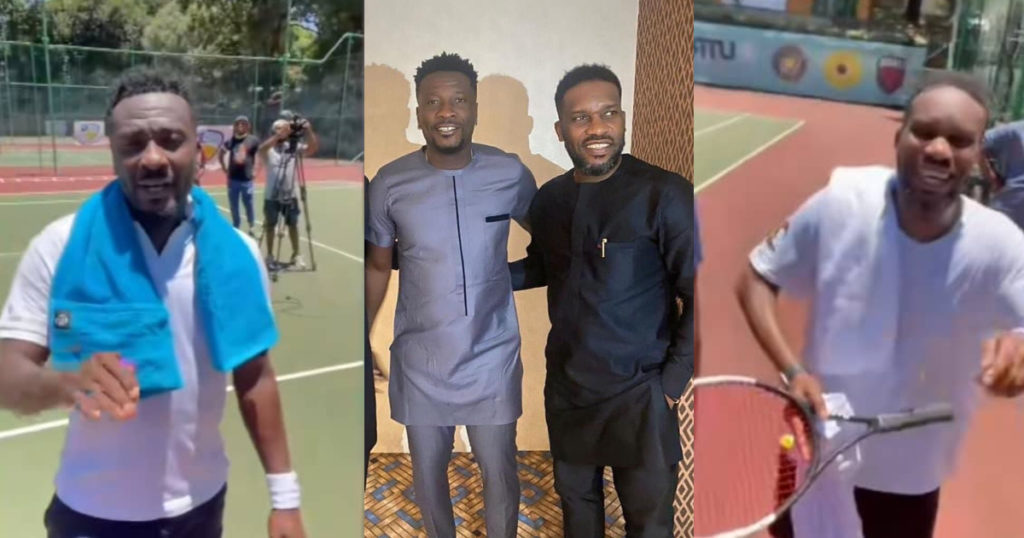 The two African football greats were engage in a tennis match in their spare time in Johannesburg, where they have been working with Super Sport as specialist analyst for AFCON 2021.

Gyan, who won the first set saw the Nigerian recover to win the three set game.

"He is dead. He wanted to bamba and chill with the big boys. But he is running," said Okocha, as he mocked Gyan.

Meanwhile, Asamoah Gyan took defeat in pride, admitting he was complacent after winning the first set.

"Honestly, he did well. First set I took it so I thought he was very very low to my standard. He did very very well, there were some balls I didn't think he will take but he did," said Gyan.