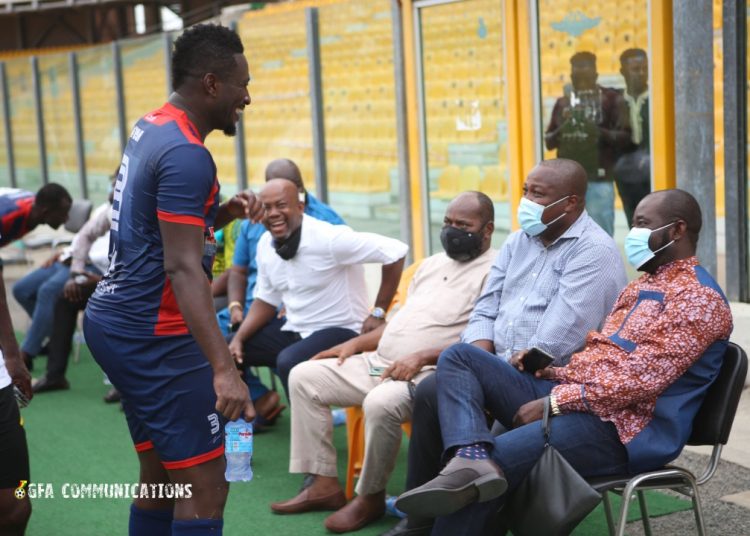 Former Ghana captain Asamoah Gyan scored for the first time against the Black Stars in a friendly game on Wednesday at the Accra Sports Stadium.

The leading top scorer for the Black Stars who currently plays for the Ghana Premier League side Legon Cities climbed off the bench to score from the penalty spot as his side lost 3-1 to the senior national male team.

Newly-signed USM Alger striker scored from an assist by winger Yaw Annor in the 26th minute to give CK Akonnor’s side a 1-0 lead at halftime.

Three more goals came through with the second half with the Black Stars scoring twice more than Cities.

On 51 minutes, Kwame Opoku turned the provider for midfielder Mubarak Wakaso to make it 2-0.

Wakaso then returned the favour this time for Bechem United midfielder Salifu Moro to score the third for the Black Stars right on the hour mark.

Gyan scored from the spot-kick to reduce the deficit for his side.

The Black Stars are preparing for the 2021 Africa Cup of Nations qualifier against South Africa and Sao Tome later this month.

Ghana travels away to play South Africa in Johannesburg on March 25.

His involvement was Massive 👏🏾