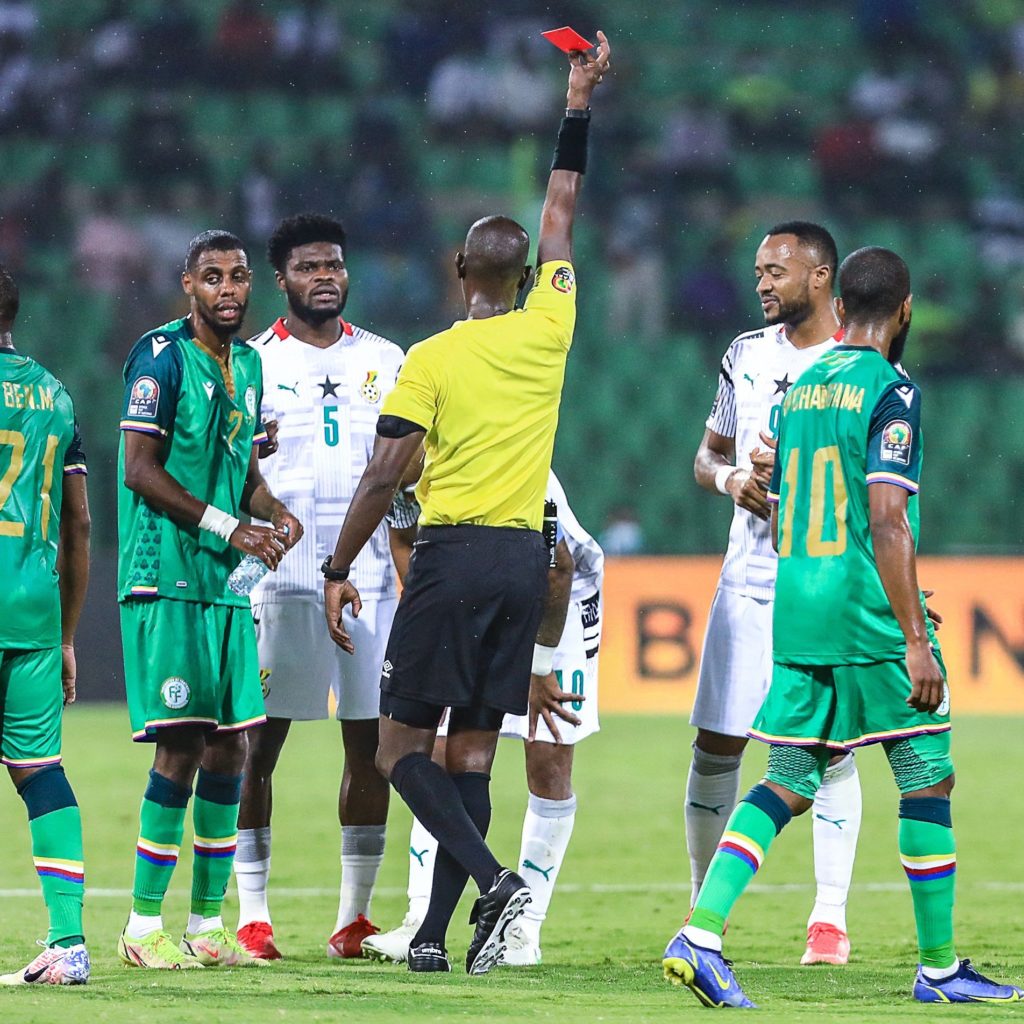 Four times African champions, Ghana have been bundled out of the Africa Cup of Nations at the group stage by debutants Comoros Island after losing 3-2 in their final group C game.

The first time AFCON campaigners shocked the Black Stars after El Fardou Ben Mohammed broke the deadlock after four minutes, and just when Ghana were about finding their way into the game, captain Andre Ayew was sent off for a foul on goalkeeper Ben Moina. The Comoros goalie had to be replaced by Ali Ahmada because of the injury.

The Black Stars went into the break a goal down, and with a man down, Comoros took advantage to double their lead on the hour mark. Ahmed Mogni was the goal scorer.

Ghana coach Milovan Rajevac had earlier brought on Joseph Painstil and Richmond Boakye-Yiadom, the latter pulled one back for the Black Stars three minutes later.

The goal gave the Black Stars hope, but poor defending saw Ahmewd Mogni kill the game with five minutes remaining to hand the Black Stars an early exit from the tournament.