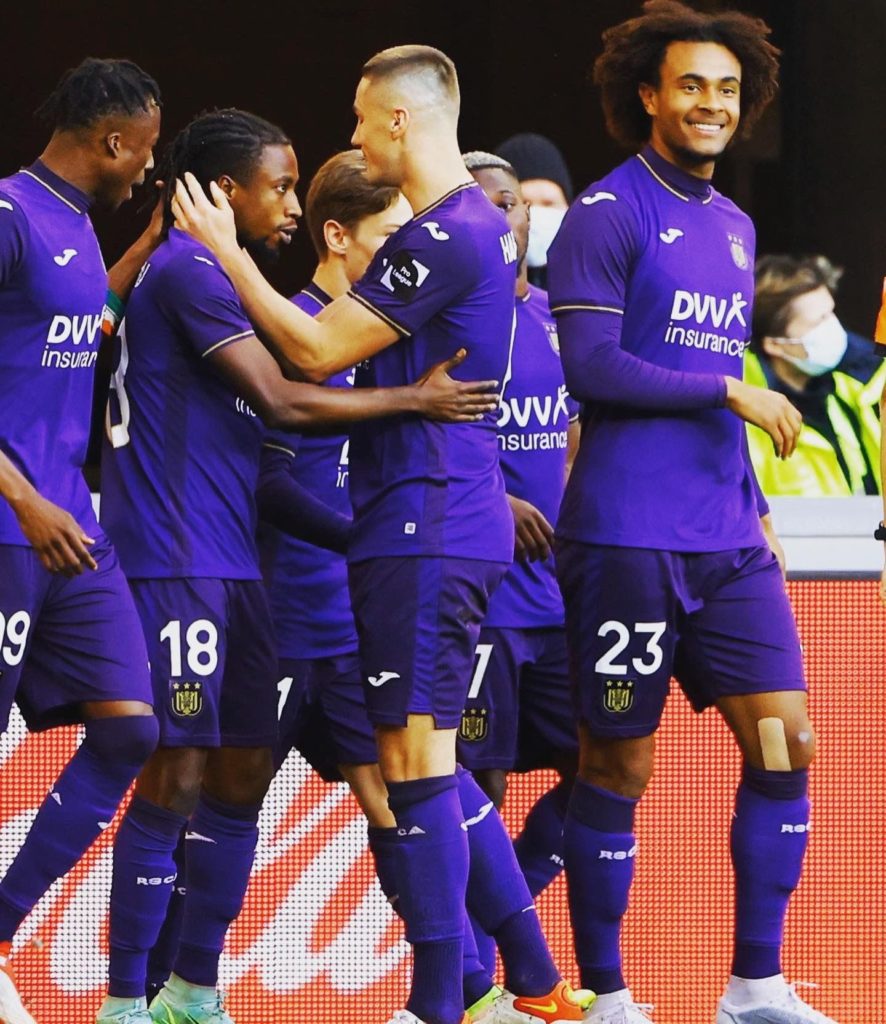 Substitute Majeed Ashimeru scored after three minutes on the pitch as Anderlecht thrash Beerschot 4-2 at home on Sunday, 24 October 2021, in the Belgian top-flight.

The Ghana international midfielder had replaced Kristoffer Olsson in the 75th minute and he did not take long to find the back of the net.

It was his first goal of the season in 12 appearances.

Anderlecht raced into a 2-0 lead by the 54th minute when Sergio Gómez converted a spot-kick before the half time whistle and an own goal from Lawrence Shankland.

Shankland redeemed himself by scoring to get his side back into the game two minutes later.

Ivorian Christian Kouamé restored Anderlecht's two-goal lead before Ashimeru found the back of the net to seal the big win.

Watch Majeed Ashimeru's first goal of the season for Anderlecht: