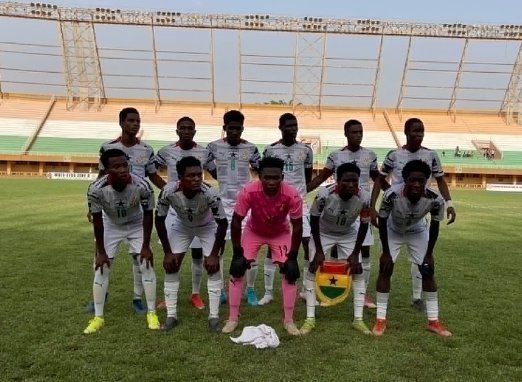 Ghana's U20 team, the Black Stars failed to defend their WAFU Zone B title and will miss the Africa U20 Cup of Nations and the FIFA World Cup in Egypt and Indonesia respectively.

The Africa champions suffered their second defeat at the WAFU U20 Cup of Nations after a 2-1 defeat to Burkina Faso on Saturday.

Burkina Faso took a 33rd minute lead through Moussa Ky but the Black Satellites leveled before half time through substitute Alex Sarfo.

But after Ghana bowed out of the tournament following a last minute winner from Abdul Rachid Zagre.

Ghana started the game the better of the two sides, dominating the early exchanges with Abdul Razak coming close with a ferocious freekick.

Emmanuel Annor forced a save from Burkina Faso goalie Philippe Pare but halfway into the first half the Young Stallions started to seize control.

They took the lead after a brilliant work from the left, with Moussa Ky heading home.

Coach Karim Zito made two quick substitutions with Alex Sarfo coming on to get the leveler.

Ghana dominated the second half and in their chase for a second goal they were punished in the final minute by the Burkinabe's.