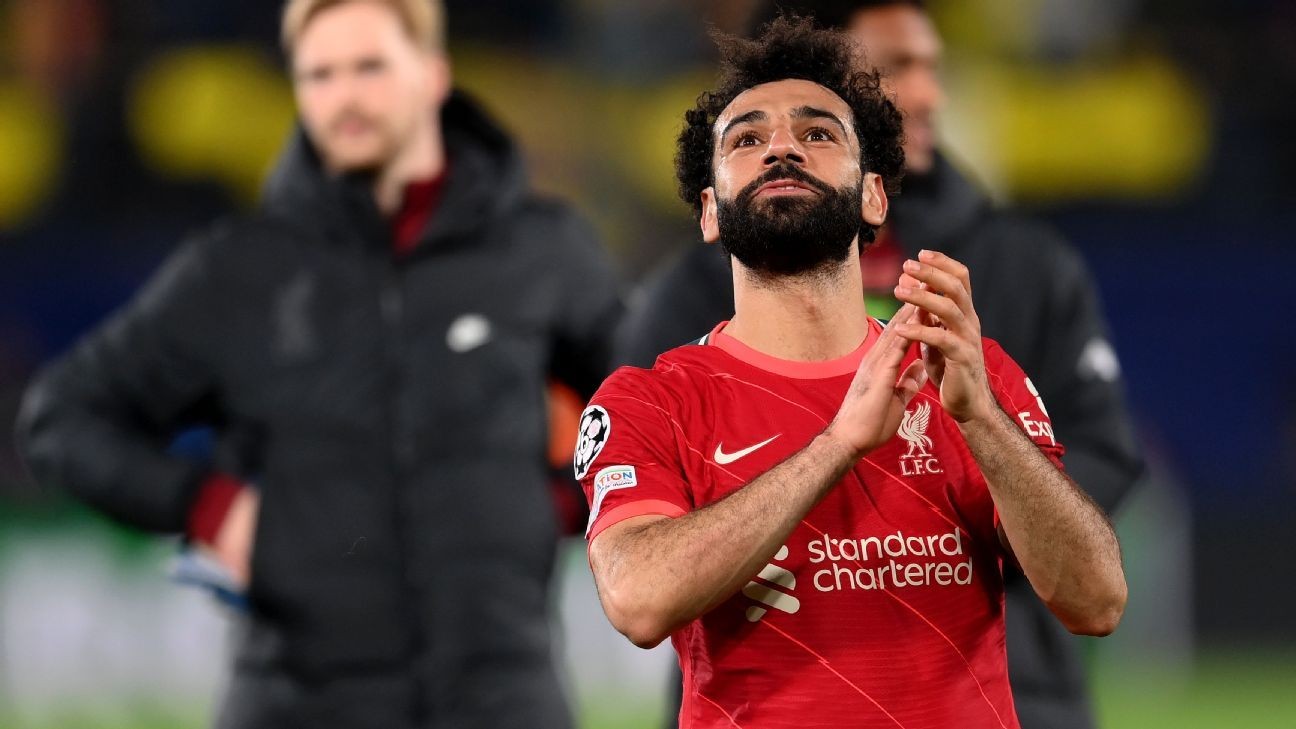 The transfer market has seen plenty of big-name players move clubs on free transfers in recent times, but who could be next on the agenda?

The class of 2022 already includes Gareth Bale (LAFC), Antonio Rudiger (Real Madrid), Niklas Sule (Borussia Dortmund), Ivan Perisic (Tottenham) and Lorenzo Insigne (Toronto). Paris Saint-Germain striker Kylian Mbappe could have been one of the most high-profile free agents ever, but chose to sign a new deal, though there are some other stars who have yet to agree terms, either with a new club or on a new contract this summer too.

Why are there so many high-profile free transfers now?20dJames Olley and Tor-Kristian KarlsenTransfer window preview: Our guide to the biggest deals8dESPNTransfer grades for July 1 deals: Bayern an A for Mane18mJon Molyneux-Carter

Barcelona winger Ousmane Dembele, Juventus forward Paulo Dybala and Brentford midfielder Christian Eriksen are just some of the biggest stars still available, while sources have told ESPN that Juventus have agreed a deal to sign Manchester United midfielder Paul Pogba and Barcelona are set to secure a double move for AC Milan midfielder Franck Kessie and Chelsea defender Andreas Christensen once they are able to sort their finances out in order to register them.

And when you look further ahead to 2023, the excitement level ramps up another notch. Here are some of the biggest names and potential bargains that clubs could snap up, as they have less than a year running on their contracts now.

The big namesMohamed Salah and Raheem Sterling could move for nothing next summer. Getty Images

In the same vein as Lewandowski, Liverpool have spent months facing a dilemma over how to strategically deal with a world-class player on an expiring contract. On the one hand, Salah is one of few genuine difference-makers at the top tier of the game (though his productivity dropped towards the end of last season), while on the other, Liverpool admirably seem adamant to stick to their philosophy of trusting their own valuation when it comes to transfer fees and wages. While there's no doubt that Salah is among the top forwards in the world, his wage demands limit his options to an extremely small selection of suitors. Liverpool may hold out, but it's a risk.

Arguably the top out-and-out No. 9 in world football over recent years, Lewandowski's future has been the subject of plenty of debate this summer. Sources have told ESPN that Barcelona have made three offers to sign the Poland international and the 33-year-old has already expressed a desire to leave, though Bayern are not playing ball. Although the years are catching up with him, Lewandowski is still exceptionally fit and has a fairly spotless injury history, which indicates that he might even continue at the highest level until his late 30s. If Bayern dig their heels in, he could be a top signing next summer.

With Sterling in his prime and having performed well for Manchester City over recent seasons, it is surprising that City have let the winger's contract run down to the uncomfortable final-year scenario. Sure, Sterling's representatives are well aware of his transfer value with demands to match, but as much as City are not short of options in the wide areas of their attack, only an offer of around €60m -- with sources telling ESPN that Chelsea are interested -- would justify his departure from the Etihad.

A wonderfully complete midfielder who is arguably just a touch of pace away from being among the elite No. 8s in the game. With over 300 league appearances to his name, despite just being in his mid-20s, Tielemans is understandably being assessed closely by the biggest clubs in Europe. His work rate, first-class shooting technique and excellent passing game -- swift, precise, progressive with a view to the end product -- makes for a player who always seems to make a positive impact on a game.

The bargainsMarcus Thuram could provide a good option for some clubs. FRANCK FIFE/AFP via Getty Images

Partly due to injuries and adverse form, Thuram's development seems to have stagnated somewhat over the past 18 months -- with his younger brother Khephren now attracting accolades at Nice. Yet this could be an opportune moment to sign the three-time France international. Though Thuram prefers to operate as a winger on the left, to cut in on his stronger right foot, he can -- with his impressive ball progression, power and aerial strength -- also provide an option through the middle or on the opposite side of the attack. Sevilla, Arsenal and Inter Milan have been linked with him in the past.

Though still yet to deliver on the incredible promise shown when he first broke through as a teenager at Benfica in 2016, the former Bayern Munich midfielder has developed and matured over the past year. If not totally reborn, Sanches is one of the best ball carriers in the top European leagues and can break lines from the middle by dribbling like few others -- he takes on opponents four times per match while being successful nearly half of the time. His gradual transformation hasn't gone unnoticed, with AC Milan and Paris Saint-Germain said to be negotiating a possible €12m move this summer.

Despite missing the first half of last season, the Austria international enjoyed a decent spell after returning in early January to finish with six goals from 15 games. At 6-foot-7, his movement is somewhat restricted (though not for the lack of making runs), but if Kalajdzic is fed from wide areas and finds a team that is prepared to build the play around his strengths (aerial game and goal poaching) then he can be a great success. Having already been touted as a possible replacement for Lewandowski at Bayern, there's every chance that the imposing frontman will trade Stuttgart for a bigger club soon.

Though he may lack creativity in possession, the Austria international is a safe, reliable passer and among the most industrious central midfielders at the top level of the European game. Courtesy of an exceptional capacity to press -- he averages more than 30 pressures per match -- Laimer is extremely difficult to play against. He's always proactive, mentally alert and his positional sense gives him an almost uncanny ability to end up right where the ball drops. Tailor-made for modern, high-energy football, Laimer -- who is also capable of deputising as a wide midfielder or at either full-back -- is reported to be on the shortlist of a number of top clubs including Bayern and Man United at around €25m.

The technically gifted, mobile, press-resistant midfielder may not attract the same attention as he did a few years ago, given his career at Lyon has gone a bit sideways, but nevertheless Aouar can look back on a respectable Ligue 1 season. Previously linked with Arsenal and Barcelona, the 24-year-old now finds himself being chased by the likes of Roma and Nice. Given the right environment and position within the team, Aouar could potentially make a similar impact to Bernardo Silva at Manchester City. In addition to having excellent vision, a great first touch and a high footballing IQ, the Lyon man is among the more trigger-happy midfielders at the top level of French football and, at a discounted transfer fee of around €20m, could prove to be a real bargain.

Similarly to Aouar, Cherki may not have enjoyed the progress that was predicted only a year ago. Though a serious foot injury in February ended his campaign prematurely, the France U21 international never managed to win a regular place in Peter Bosz's first-team at Lyon. Admittedly, there are margins for improvement in his defensive work but once he gains a stronger appreciation of the concept of teamwork (he still very much favours individual actions -- nearly five dribbles per game -- rather than the incisive final ball), his potential is beyond doubt. Given the right coach, he might ultimately be able to use his flair more effectively, as there are few more spectacular, creative players in the final third.