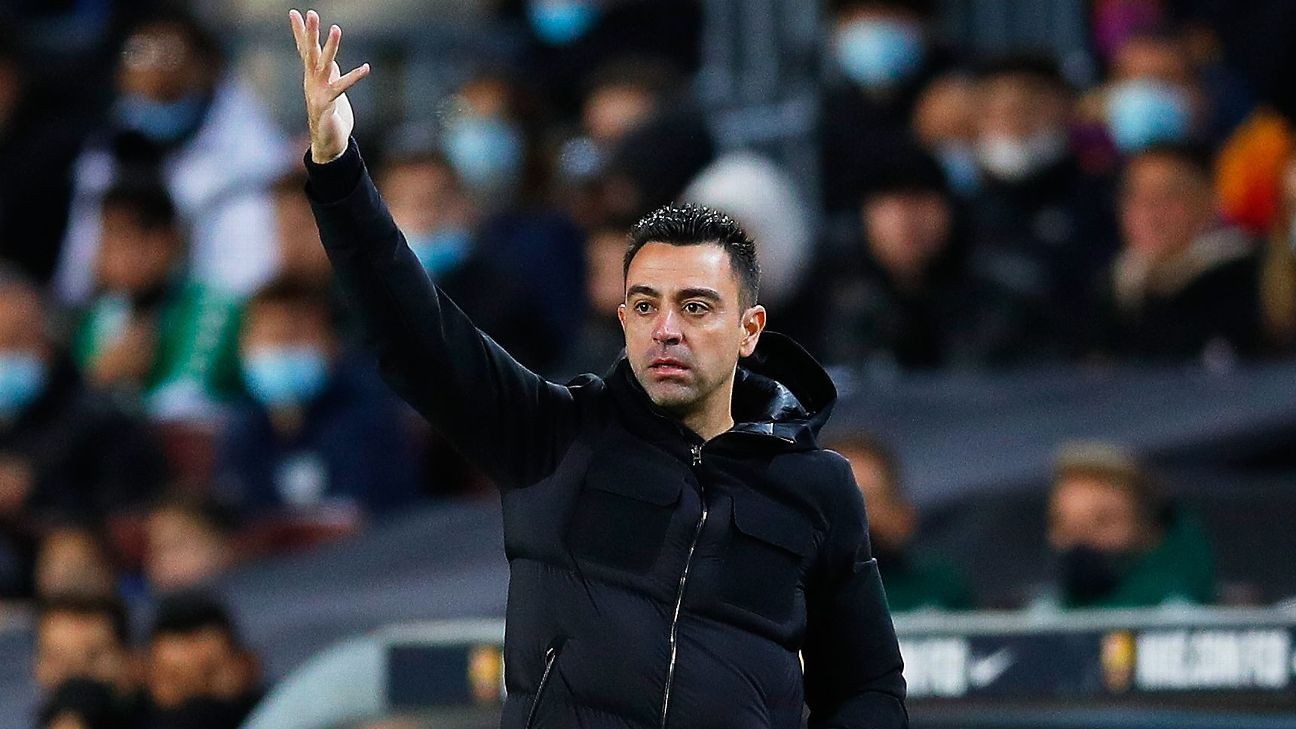 Barcelona coach Xavi Hernandez has said he believes his team can beat Bayern Munich in their crucial Champions League clash next week despite being dealt a reality check by Real Betis on Saturday.

Barca's next game is a daunting trip to Munich on Wednesday, where a win would seal their place in the last 16 of the Champions League. However, a draw or a defeat would see them knocked into the Europa League if Benfica beat Dynamo Kiev.

"The team is capable of going to Munich and winning," Xavi said in a news conference after the Betis match.

"That's the objective. We depend on ourselves. We're going to one of the toughest grounds in the world, but we're going there to give everything and to compete."

While Barca play for their Champions League future in the week, Saturday's loss saw them slip seven points behind opponents Betis, who sit third in LaLiga.

It was the Catalan club's sixth defeat of the season in all competitions -- and their third at Camp Nou -- but their first under Xavi, who had overseen wins against Espanyol and Villarreal and a draw with Benfica in his first three games in charge.

"We conceded on the break when we were at our best," Xavi said of Juanmi's 79th-minute winner. "We have to be smarter tactically. I'm really annoyed about the goal we conceded.

"It's a shame because we had played well in the second half. It's a defeat that hurts, but that's football. Sometimes you win without deserving it, like against Villarreal, but today it was the opposite."

Xavi also confirmed that young midfielder Gavi, who suffered a knock to the head in the first half, has been taken to hospital as a precaution.

There was some good news for Barca ahead of the trip to Germany in the performance of winger Ousmane Dembele, who came off the bench to create his side's most dangerous chances in the second half.

"He's a great player that generates excitement," Xavi said of Dembele, who is yet to sign a contract renewal with his existing deal up in the summer.

"The fans see what he's capable of and he's full of confidence. He created a lot, it's just a shame nothing he did ended in a goal. He's someone that has to make the difference."