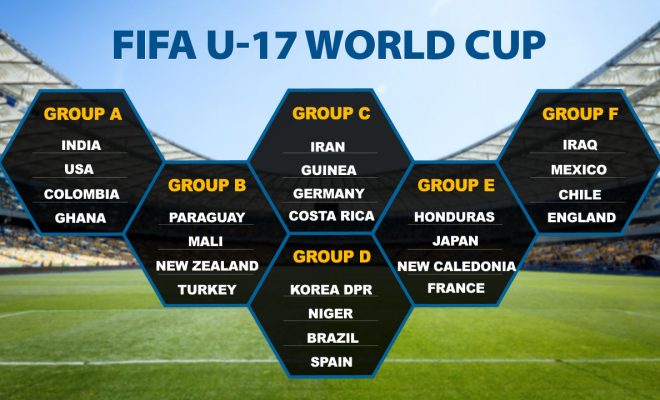 1 .The FIFA U-17 World Cup is the first-ever FIFA tournament to take place in India and will be the 17th edition of the competition. The inaugural finals were held in China PR in 1985, and since then, it has been staged in all six confederations. Reigning champions Nigeria were also the first country to lift the title.

1,859. The number of goals scored in tournament history to date. New Zealand’s Hunter Ashworth netted the 1,800th goal in a group game against Paraguay at Chile 2015.

66,600. The number of fans that can be housed in the biggest of the six stadiums at this tournament, the Vivekananda Yuba Bharati Krirangan in Kolkata. It will be the venue for the final, among other games. The competition attendance record was set at Mexico 2011 when 98,943 spectators poured through the turnstiles at the Estadio Azteca to watch the final between Mexico and Uruguay. The highest overall tournament attendance was at China PR in 1985, with 1,231,000 fans flocking to the stadiums, averaging 38,469 fans per game.