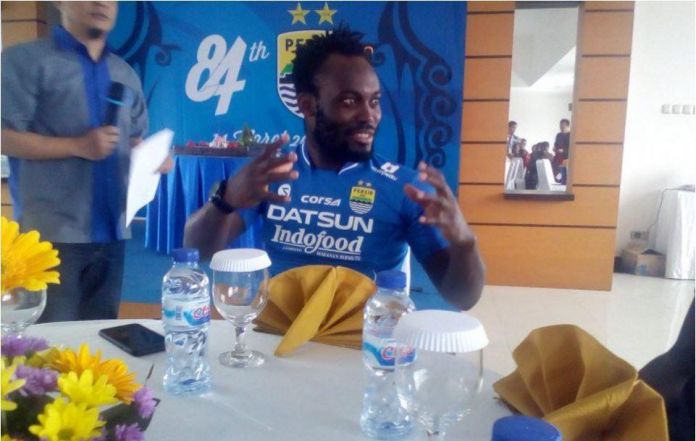 The Indonesia government has positively welcomed the presence of ex-world football star, Michael Essien, in the country's league insisting they will use the the Ghanaian's to boost the Asian nation's global image.

Essien moved to Indonesia two weeks ago after signing for local giants Persib Bandung to boost their squad for next season.

Essien has now met Indonesia's Chief of Staff at the Presidency ,Teten Masduki, at Bina Graha Building in Jakarta.

Essien, he added, is expected to improve the quality of Indonesian football game and global image of the country, especially with match class, character, and famous name he is bearing.

"I am responsible for the industrial development of football in this country. Therefore, the presence of Essien should be welcomed positively," Teten told Essien as quoted from the website of the Office of Presidential Staff.

To Essien, Teten said that the government of Indonesia is serious about reviving football Indonesia; among others by improving the quality of the competitions and building infrastructure, especially sport stadium.

Concerning Essien, Teten said he is a fan of the Ghanaian footballer.

"I admire how your cooperation with Didier Drogba at Chelsea," said Teten to Essien who will use the number 5 in Persib.

The presence of Essien who used to play as a defensive midfielder when playing in Europe raises the question which player would be eliminated.

Because for the position, Djadjang Nurdjaman’s squad at least has had Hariyono, Dedi Kusnandar, Kim Jeffrey Kurniawan, Gian Zola or Ahmad Basith.

However, Djajang signaled the opportunity to play Essien as attacking midfielder in his squad. (*)