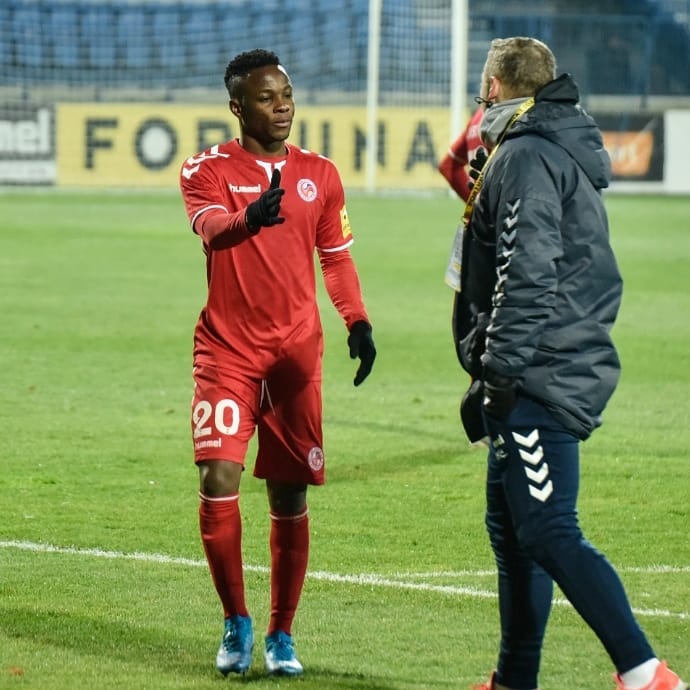 Bonsu signed with the Slovakia club last in October, hoping to play for the first team, but was asked play with second team FC Malacky in the third division. He took the decision in his stride and showed great character and maturity whiles displaying footballing skills in the lower division.

Last Friday, the former Bechem Chelsea forward received a call up from the first team coach Ricardo Cheu to join the squad for the league match against MSK Zilina. Bonsu scored on his debut for FK Senica in a 1-2 defeat at home.

" I took the challenge of playing with the second team in good faith, and said to myself that I'm going to work hard to get back to the first team"

Bonsu found the net in each of his first three games for Malacky. Earning praise from his teammates and the technical team. His exploits did not go unnoticed by the first team coach.

"I wasn't surprised when I got the call but It came sooner than I didn't expected. The team needed help going into a crucial match against the second best team in the league. It was a bit of a daunting task but a perfect time opportunity for me."

"The fact that I was called for such an important game meant a lot to me. I didn't even expect to start so I was overjoyed when I managed to put the team in front in the first. I was very disappointed we lost the game.

Asked if things have been easy for him in Slovakia, the teenager disagreed and rather spoke of his hard work and dedication to gift.

" I spend a lot of time training on my own to improve my game besides joining the team for our usual training sessions. The league is as competitive as any league I have played in. I believe it's a result of my dedication and hard and main goal is to help the team improve its position on the league table.