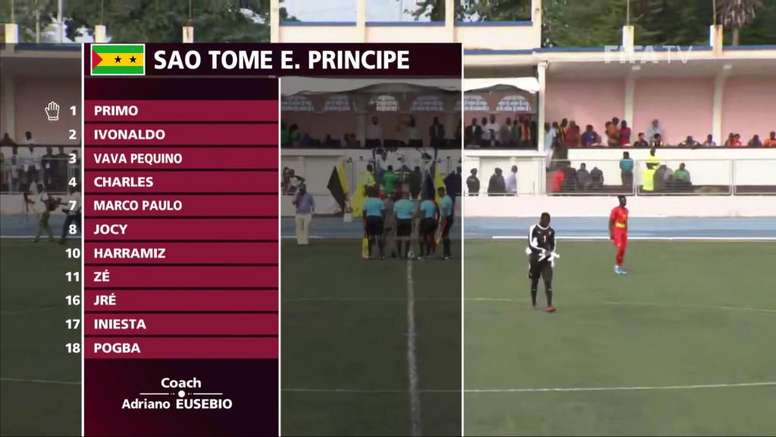 One of the smallest countries in Africa had two superstar names in their line up for the World Cup qualifying games on the continent.

Sao Tome and Principe pulled a surprise in midweek, when their line up appeared with names that included Iniesta and Pogba.

Not the very known Iniesta- formerly of Barcelona and Pogba of Manchester United but these are nicknames of Sao Tome's best players.

In the game against Guinea in the first round of qualifiers, 26-year old Aderito Pires da Mata opted for the name Iniesta on the team sheet. Da Mata is one of the country's most gifted midfielder and idolizes the former Barcelona man.

The names interested spectators who did not know who they were and thought they might have any relationship with the two renowned footballers.