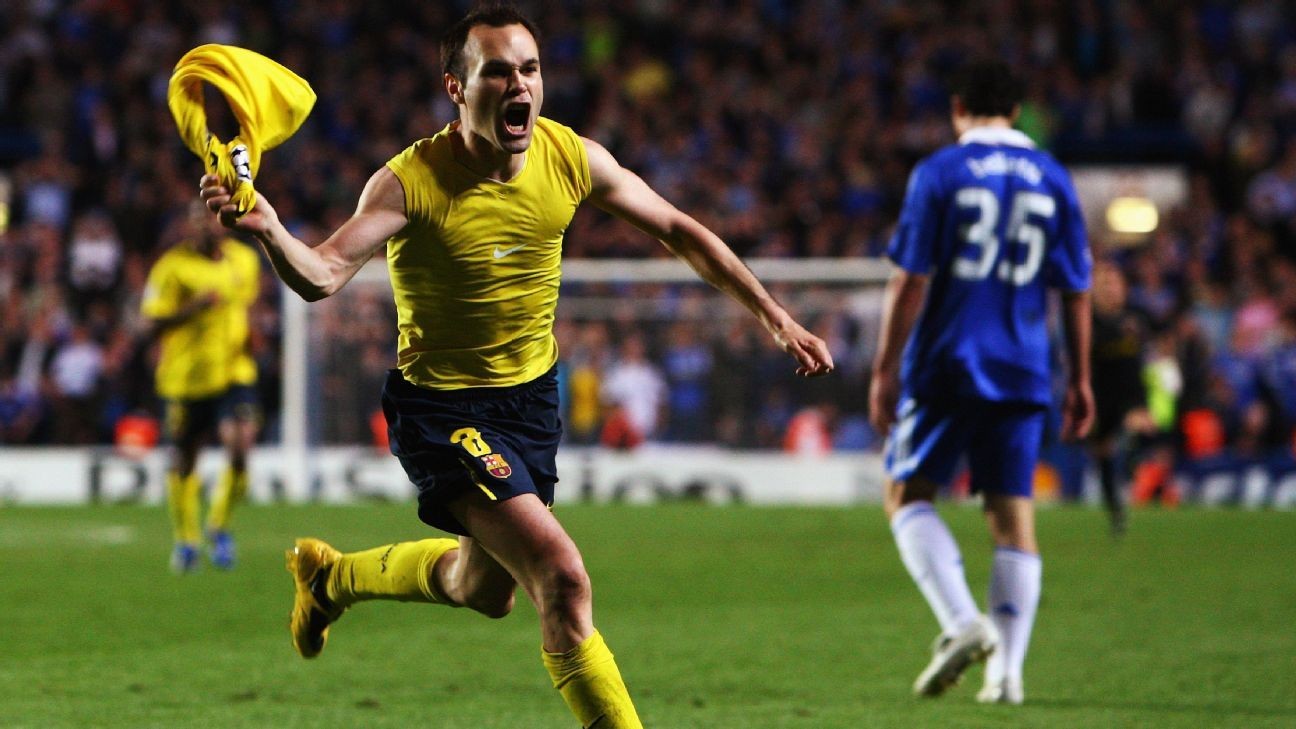 The "away goals count double" system, used in European competition since 1965, will be replaced by simple extra time and penalties to settle all two-legged ties. It will also apply to the brand new UEFA Europa Conference League.

Indeed, the away goal rule was introduced by UEFA for the Cup Winners' Cup in 1965-66 as a means of encouraging teams to throw caution to the wind and hunt for goals in away legs after defensive performances by visiting teams.

The rule is deemed to be "no longer appropriate" by UEFA president Aleksander Ceferin, who explained that any perceived "home advantage" that once existed is no longer as significant due largely to advances in pitch condition, stadium infrastructure and new supporting technology such as VAR.

All well and good, but when you think back to all the memorable away-goal drama we've witnessed in the Champions League knockout phases, you can't help but wonder if we'll still see such incredible moments of awe, tension and chaos.

Here's some of the best goals that wouldn't have happened under the new system.

One of the most famous "away goal" moments in modern European football history, Iniesta metaphorically eviscerated Chelsea deep into stoppage time at the very end of the 2009 semifinal.

After grinding out a goalless draw at Camp Nou in the first leg, the Blues looked to be on course for a second successive final against Manchester United when Michael Essien put them ahead at Stamford Bridge just nine minutes in.

With tension humming at an almost audible pitch, Iniesta waited until the 93rd minute to unleash his special strike, crashing a first-time 20-yarder past Petr Cech to send Barca through on away goals.

Famously, this all proved too much for Didier Drogba, who suffered a bit of a meltdown after the final whistle in the general direction of Ovrebo and his assistants.

Having lost 1-0 at home to Ajax in the first leg of the 2019 Champions League semifinal, things soon looked bleak for Spurs when Matthijs de Ligt doubled Ajax's aggregate lead within the first five minutes of the second leg in Amsterdam.

Hakim Ziyech then added another for the Dutch side shortly before half-time, leaving Spurs trailing by three goals overall and staring down the barrel of a humiliating elimination.

It was at that point Lucas Moura felt a sudden surge of superhuman electricity coursing through his veins and the Brazilian rose from the smouldering ashes with a stunning second-half hat trick that shattered Ajax's young hearts.

The clincher came in the 96th-minute, with Moura sending his side through to their first-ever Champions League final on away goals amid sheer pandemonium.

Moura's heroics against Ajax was the second time in as many rounds that Tottenham had benefitted from the away goals rule, after nudging past Man City in the quarterfinals in similar fashion.

Spurs won the first leg 1-0 in North London only to find themselves 3-2 down on the night after just 21 minutes of the second leg at the Etihad -- the fastest time that five goals have even been scored in a Champions League match.

City then went 4-3 ahead on aggregate when Sergio Aguero scored on the hour mark, only for Fernando Llorente to bundle one in off his hip and edge Spurs back ahead on away goals with the tie level at 4-4.

However, there was one last twist in the tale as Raheem Sterling appeared to have stolen a dramatic late win for City with his hat trick goal in the 93rd minute -- only for VAR to intervene and rule that Aguero had been millimeters offside in the build-up and strike it from the record.

Thus it was Llorente's pelvic effort that proved to be decisive on a pulsating night that left every spectator exhausted by full-time.

Kostas Manolas, AS Roma vs Barcelona, 2018

Celebrate with THAT goal vs Barcelona. ? pic.twitter.com/BU3BCVXCsV

When reaching the quarterfinals of the 2018 Champions League, Roma were turned over by Barcelona in the first leg as they were thumped 4-1 at Camp Nou. However, while it seemed fairly insignificant at the time, an 80th-minute consolation goal from Edin Dzeko soon proved to be worth its weight in gold.

Against all the odds, the Giallorossi rallied in the second leg and scored two unanswered goals, leaving them just one goal shy of pulling off an extraordinary comeback.

The stage was set and sure enough, with just eight minutes remaining, central defender Kostas Manolas wrenched his neck muscles to head home a crucial third goal that sent Barca packing and Roma through to the semis.

Given that United had been beaten 2-0 in the round-of-16 first leg at Old Trafford, few afforded interim manager Ole Gunnar Solskjaer even the remotest chance of overturning the scoreline in the second leg against PSG.

However, United defied the critics by producing a resurgent performance in Paris that saw Romelu Lukaku score twice either side of a Juan Bernat goal to bring the aggregate score back to 3-2. Then, with 94 minutes on the clock, Solskjaer's side were gifted a penalty thanks to a fairly contentious handball decision.

With a cacophony of boos hailing down all round him, Rashford kept his nerve, crashed home the spot kick and dumped PSG out of the competition in the very last minute of the game.

The cameras immediately cut to an injured Neymar sitting agog up in the stands and the Brazilian would let loose on social media later about the penalty decision.