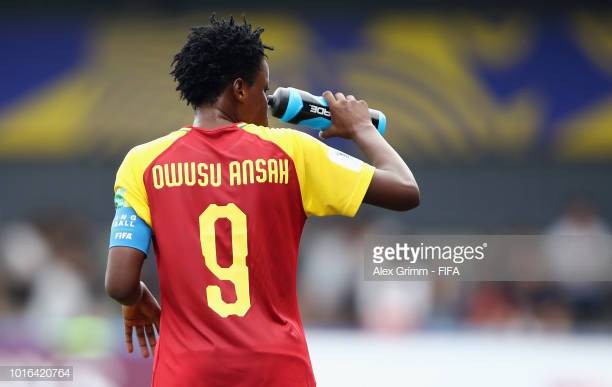 Owusu-Ansah was ruled out of the competition following an injury she suffered at Zouk Mosbeh Girls FC in the final match of the Lebanese League.

Despite missing the tournament because of the setback, the 18 year old striker is positive Ghana can win the tournament for the first time on home soil.

“Black Queens are capable of winning the ultimate at the women’s AFCON for the for time looking at the players in camp,” she told Agyenkwa FM.

“We have good team blended with the local and foreign players and the atmosphere in camp is a sign of something big this time”, She added.

With the country hosting the competition  for the first time, the former Ghana U-17 attacker pleaded with Ghanaians to show the team massive support.

“I will plead to Ghanaians to support the Queens through out the tournament because with the support we can achieve our target”.

Ghana will open the tournament against North Africans Algeria, before taking on Mali and Cameroon in group A.