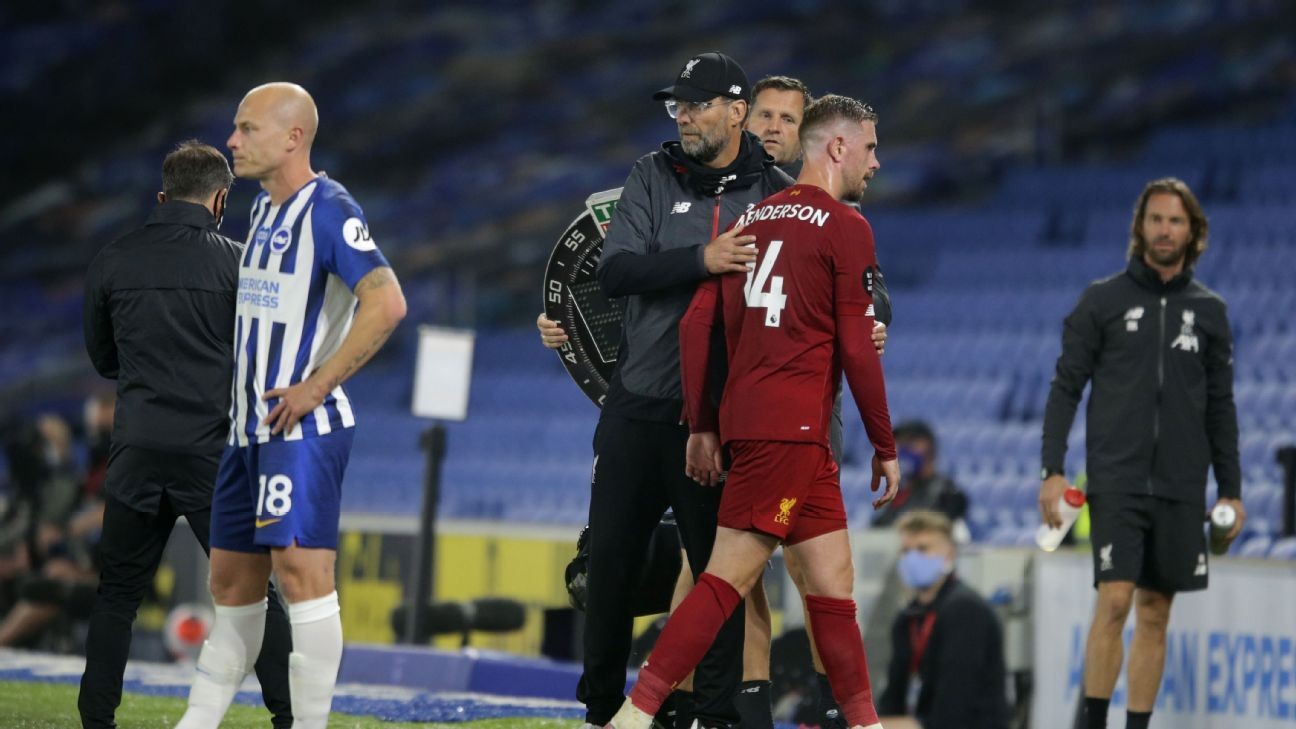 Liverpool manager Jurgen Klopp has said that club captain Jordan Henderson will miss the remainder of the season through injury but will lift the Premier League trophy.

Henderson suffered a knee injury in the second half of Liverpool's 3-1 win over Brighton on Wednesday.

Speaking in a news conference ahead of Saturday's clash against Burnley, Klopp said that injury is not as serious as first thought and Henderson should return for the start of next season.

"It's the best possible of the bad news," he said. "He does not need surgery. He will not play again this season. I'm pretty positive he will be with us for the new season. He is a quick healer.

"It was an awful moment. We knew immediately that something was wrong. In Germany, we would call him an animal as he deals with pain so well. He will lift the trophy for us; he deserves to lift the trophy."

Henderson has been influential in helping Liverpool clinch their first league title in 30 years.

The England international will lift the title after Liverpool's match against Chelsea at Anfield on July 22.

Sources have told ESPN that incorrect penalty decisions were made against Villa and Spurs in the league matches on Thursday.

Klopp dreams of Liverpool 'team full of Scousers'Salah nets brace in Liverpool's win at Brighton, unlucky to miss out on hat trick in 9/10 showing

"I can 100% understand that Dean Smith is struggling to accept what happened last night," Klopp added. "It should just be the right decision.

"What I don't understand is overruling is so complicated that it must be a clear and obvious mistake. It's difficult but I didn't think last night was too difficult. It's obviously not good.

"I really would like to think that three people watch it -- a ref, the VAR and another VAR and they should find the right decision in the end."

Klopp also praised Mohamed Salah after he scored a brace at Brighton in midweek and the forward is on the verge of scoring 20 league goals for the third consecutive season.

"It's incredible, we wouldn't be where we are without this," Klopp said. "His numbers are crazy. Involved in 100 goals since we've been here, just outstanding, world-class numbers.

"No-one should be surprised anymore. We know that is special."