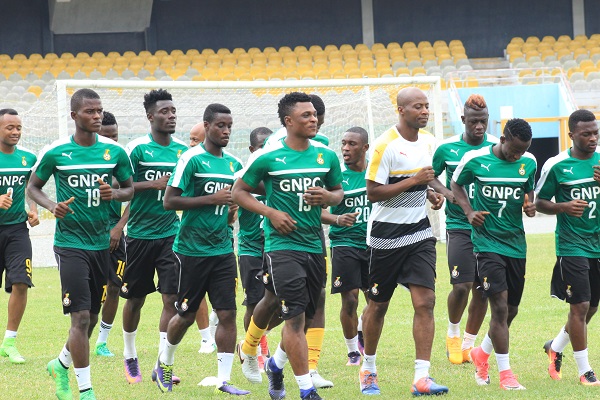 Ghana squad has been completed decimated by the injuries ahead of Saturday's 2018 World Cup qualifier against Uganda with SIX first team players ruled out because of the setbacks.

This comes after the USA-based duo of Harrison Afful and Jonathan Mensah are the latest to pull out of the squad of a long list of top players who will be missing the game.

Reliable defender John Boye and midfielder Afriyie Acquah were ruled out of Kwesi Appiah's team for Saturday's at Mandela National Stadium, Namboole even before the coach named his team.

They join Asamoah Gyan who was dropped from the final Black Stars squad for the weekend tie over injury concerns.

The Ghana FA revealed that Gyan and Agyepong would not recover in time for the weekend game and so didn’t make the 24-man squad that is camped in Kenya.

Gyan and Agyepong are the latest high profile absentees after brothers Andre and Jordan Ayew were dropped in favour of new blood.