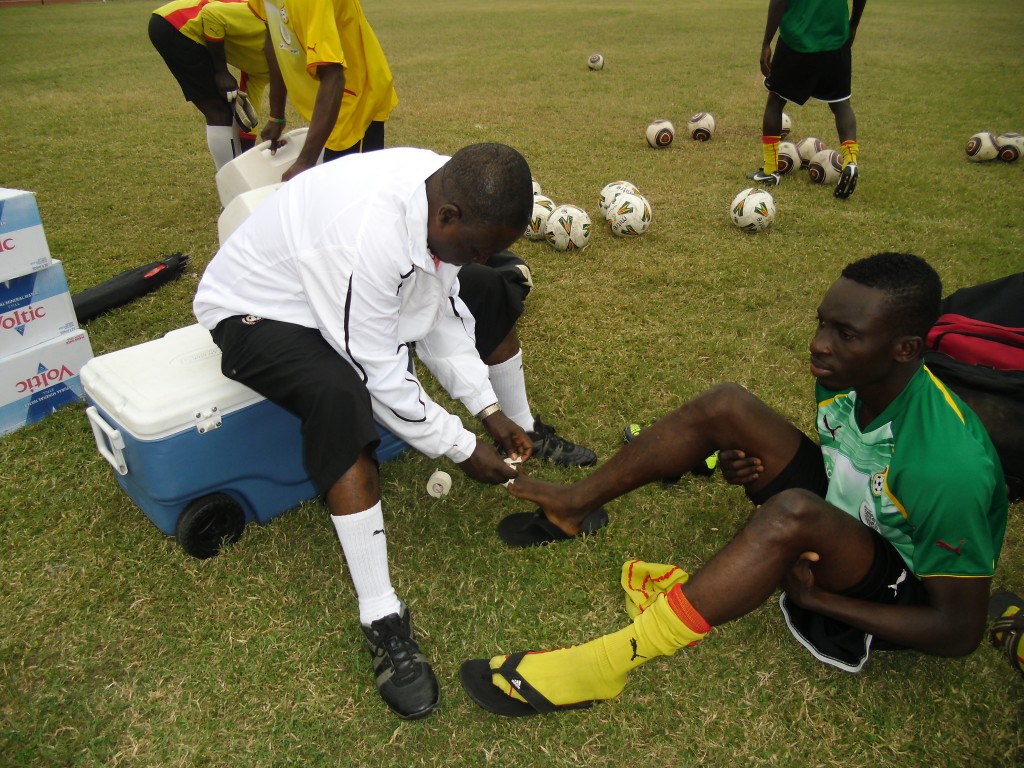 Striker Bismark Idan has left the national U-23 camp following a foot injury sustained over the weekend.

Co-striker Gilbert Fiamenyo and midfielder Latif Salifu also failed to train on Tuesday due to various degrees of injury.

Samuel Afum got a heavy strapping on his toe before being able to train but was clearly in some sort of discomfort during the session.

Fiamenyo would visit the hospital for further checks on a hip injury also sustained over the weekend. This notwithstanding, team Physio Lt. Col. Ofosu-Anim Rtd insists the injury situation in camp is under control.

â€œGenerally, the boys are fit except for a few knocks here and there which is normal with a contact game like football,â€ he told GHANAsoccernet.com.

â€œIdan had a slight injury which we were in the process of treating but he opted to go home for traditional treatment.â€

â€œThese are very minor injuries which does not warrant any serious treatments but I can assure you we are on top of issues here.â€