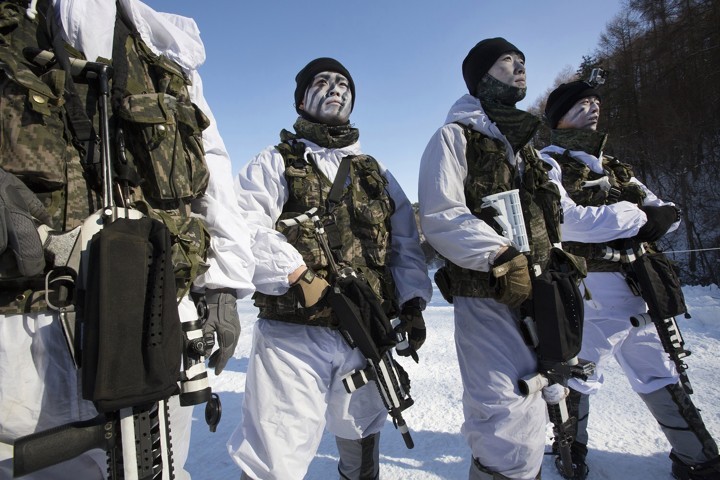 Son Heung-Min will have to go in tear gas chambers and do live-fire drills during his mandatory military training in South Korea.

The Tottenham star, 27, will be put through his paces when he begins his four-week national service this month.

Son earned his exemption after he guided his country to win gold at the Asian Games in 2018.

But the former Bayer Leverkusen man is still required to serve four weeks after he returned to South Korea last month.

The 27-year-old will be exposed to tear gas, learn how to rifle and be put through combat drills to ensure he is fighing fit.

Son will also will also do chemical, biological, radiological and nuclear exercises as well as undergoing discipline education.

An official at the Marine Corps revealed the gruelling schedule that Son will face during the mandatory service.

They told Reuters: "The CBRN training is usually the toughest part of the boot camp.

"Once you're in the military, you should be able to fire a rifle, breathe in the gas and participate in a battle, rolling and crawling around the field.

"During the march, our regular Marine Corps recruits would bring 40kg of equipment but it could be much lighter for alternative trainees depending on the time."

The Spurs star will complete the training while the Premier League is suspended indefinitely due to the coronavirus outbreak.

Tottenham confirmed they are in regular contact with Son as he continues his recovery after fracturing his arm in February.