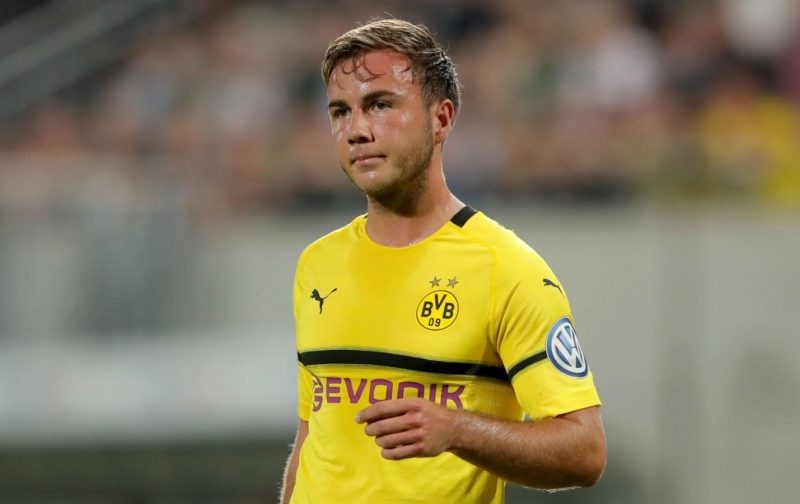 Borussia Dortmund will not be renewing the contract of attacking midfielder Mario Gotze and he is reportedly of interest to Italian clubs Inter, AC Milan, and Napoli.

The 27-year-old achieved hero status in his native Germany when he scored the winning goal in the 2014 World Cup Final against Argentina but he has not been able to live up to his early promise.

According to Bild, Gotze will be out of contract after June 30 and the Milanese clubs as well as the Partenopei are in the running to sign him on a free transfer.

He then spent three seasons with the Bavarian giants before returning to Die Schwarzgelben in 2016 and he failed to earn selection for Germany’s World Cup squad in 2018.