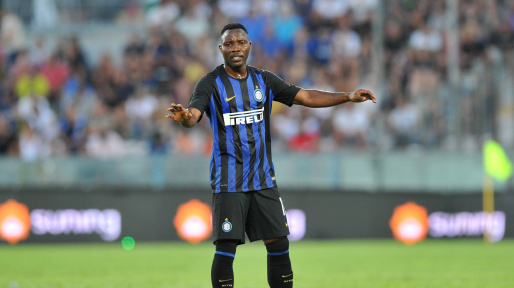 Ghana midfielder Kwadwo Asamoah has be ruled out of Inter Milan's home game against Hellas Verona in Serie A on Saturday.

The 30-year old has not played for the Nerazzuri's since picking a knock in his side's 2-1 against Brescia.

He missed the games against Bologna and Borussia Dortmund in the UEFA Champions League.

The ex-Juventus wideman could not recover for tonight's game against Verona.

In his absence, coach Antonio Conte will have to rely on Christian Braghi.