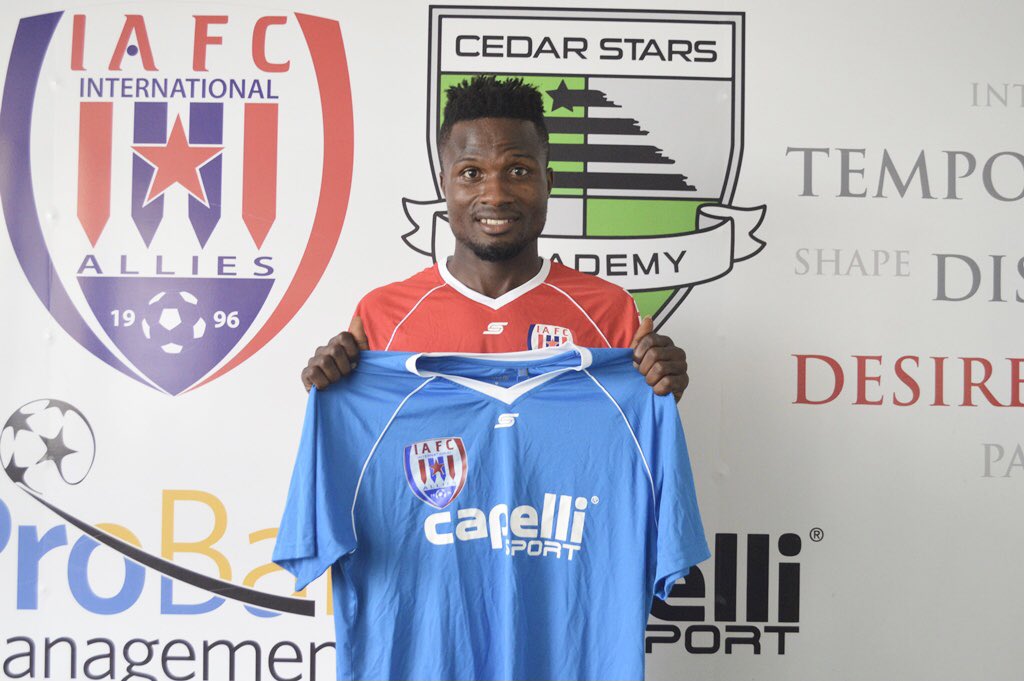 Inter Allies announced the signing of the former Tema Youth forward on Saturday after successfully completing the necessary paper works.

He joins the club for the 2020/21 Ghana Premier League season after signing a year deal with the La based club.

“We are delighted Michael has joined us, we have no doubts he’s going to be a rich addition to our team,” Vice President Delali Eric Senaye said.

The strong forward is seen as replacement for captain and star man Victorien Adebayor, who left in the summer to join Danish side HB Koge.

Kporvi is the younger brother of our former player Uriah Kporvi who played for us for two seasons – 2015/16 and 2016/17 seasons.

He previously played for Tema Youth and Al Merreikh SC.