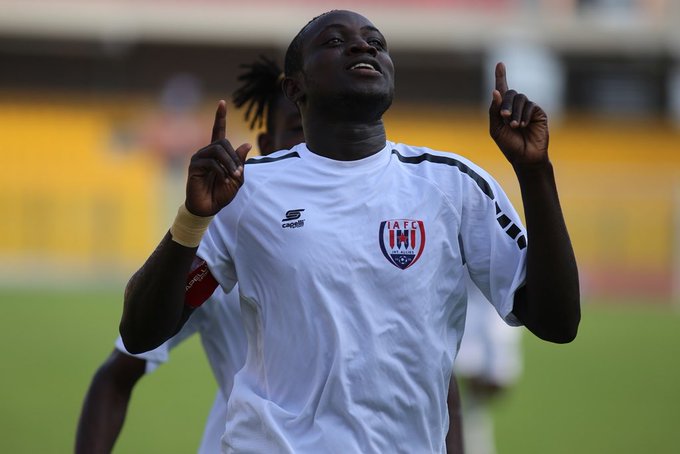 Elmina Sharks striker Benjamin 'Mosquito' Boateng has been named in the five-man shortlist for the Ghana Premier League NASCO Player of the Month for February.

Boateng was in the news when he grabbed a hat-trick in the 3-0 win at home to Berekum Chelsea.

He scored five goals in five matches and won one Man of the Match award.

The Niger star was twice named Man of the Match.

The rest are Salifu Ibrahim, Caleb Amankwah and Sulley Ibrahim with the winner set to be announced on Tuesday, 10 March, 2020

They were shortlisted based on the man-of-the-match awards, goals scored, assists and clean sheets where applicable.

Man of the matches won: 2