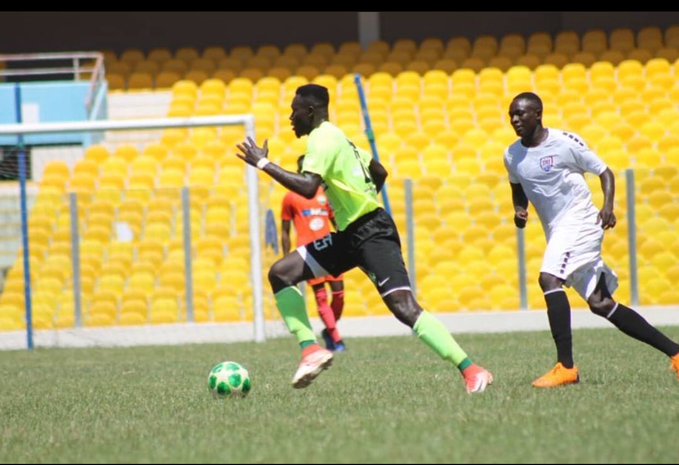 It was a cagey first half as there was little to choose and few chances shared between both sides.

The game sprung into life in the second half with two quick goals in the first 10 minutes.

Kingsley Braye slotted in the opener five minutes after the restart for the home side in a very swift counter-attacking move after a brilliant cut back from Nafui Sulemana.

Inter Allies’ lead was quickly cut short four minutes later by Dreams FC, with their attacker scoring from a fine shot in the box.

Prince Acquah restored the lead for the home side with an expertly taken free-kick from 20-yards.

Dreams Fc pressed hard for a leveler, with Eric Gawu being denied by a brilliant save from George Appenteng, and that save proved very decisive.

Moments later, striker Nsungusi Jnr Effiong stroked in Inter Allies’ third of the day from the spot after Alex Aso was brought down.