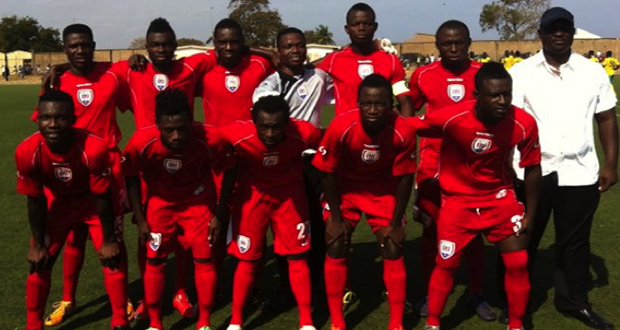 A depleted Inter Allies side shocked Hasaacas with a slender 1-0 win to advance to the semi-finals of the MTN Ghana FA Cup on Saturday in Tema.

It was the second win for the Tema-based side over their visitors in seven days after a 2-0 win last week at the same venue in the Premier League.

Hasaacas have themselves to blame after missing a hatful of scoring chances with captain Richard Yamoah the worst culprit.

His profligacy included a late penalty was pushed away for a corner-kick by goalkeeper Henry Yartey.

Striker Mohammed Deo Sheriff soared above his markers inside the box to head home a corner kick- coincidentally their first of the game-on 36 minutes.

Before the goal, Hasmal were in control and had chances- not clear-cut though- but credit to goalkeeper Yartey who pulled saves to deny Frederick Quayson and Joseph Mugre.

Five minutes after the break, Yamoah clipped the crossbar when he lobbed a ball from inside the box.

In the 55thÂ minute, Yamoah was teed up inside the box by a Joseph Agyemang Jnr backheel but the hardworking midfielder skied his effort.

The result meant Inter Allies have gone ten matches in all competitions but the real deal is for the to beat the drop in the First Capital Plus Premier League.