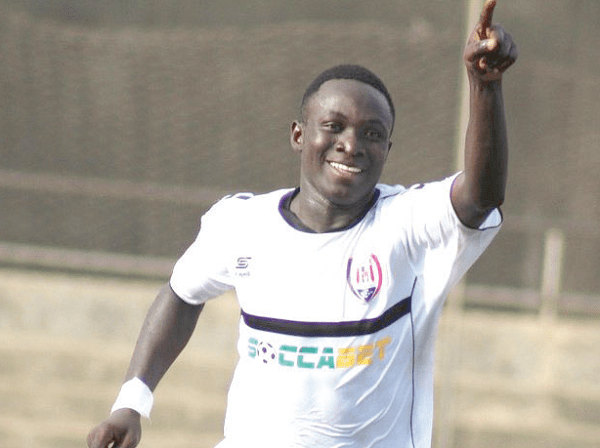 Inter Allies have warned fellow Ghana Premier League sides over 'inducing' their most prised asset Victorien Adebayor to make a move away from the club.

News broke on Monday afternoon that the player is close to joining Hearts of Oak with arch rivals Asante Kotoko also interested in the Ghana Premier League scorer.

According to Inter Allies, they are giving a 'final warning' to clubs unlawfully persuading the Niger international to make a move away from the Eleven is to One Boys.

The Accra based club, however adds, the players is currently on the radar of 6 European clubs and two from the middle east.

The club is yet to settle on the transfer of the red hot attacker.

It has come to our notice, that some Ghanaian Premier League Clubs and their agents are unlawfully inducing our Forward Victorien Adebayor contrary to the FIFA regulations on the Status and Transfer of players.

We shall report any further attempt by the said Clubs to the Players Status Committe of the Ghana Football Association.

Currently, Inter Allies and the Players agent are considering Six (6) offers from Europe, One (1)  from UAE  and One (1) from Saudi Arabia. Victorien Adebayor is NOT available FOR/TO  any Ghanaian Club.

By this release the said Clubs have been put on notice and assigned final warning.