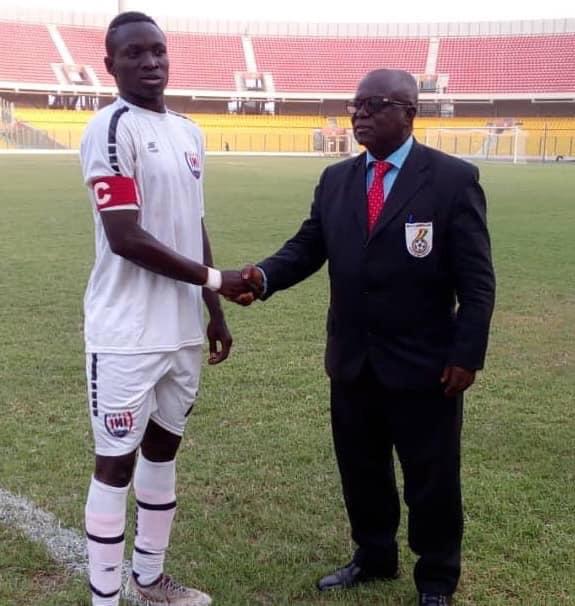 Inter Allies captain Victorien Adebayor was adjudged Man-of-the-Match in their 2-1 victory against Bechem United in the Ghana Premier League on Saturday.

The Eleven Is To One lads needed to bounce back to winning ways after an opening day 4-0 drubbing at Aduana Stars.

Tony Lokko's men deservedly went up 1-0 when striker Victorien Adebayor played Kyeremateng through on goal and he converted facing the goalkeeper one-on-one.

But they were pegged back when defensive midfielder Salifu Moro out-jumped his markers to head in the equalizer.

However, Inter Allies won the three points on the stroke of half time thanks to Adebayor who collected a pass from Richard Acquah on the edge of the area before slotting home from close range.

The Nigerien international's performance in the match earned him top marks hence was named the best player on the pitch.

The win saw Inter Allies move from bottom of the table to 9th position.

Bechem, on the other hand, move down by one spot to 6th place, their standing boosted by their 2-0 Matchday One win over Elmina Sharks.