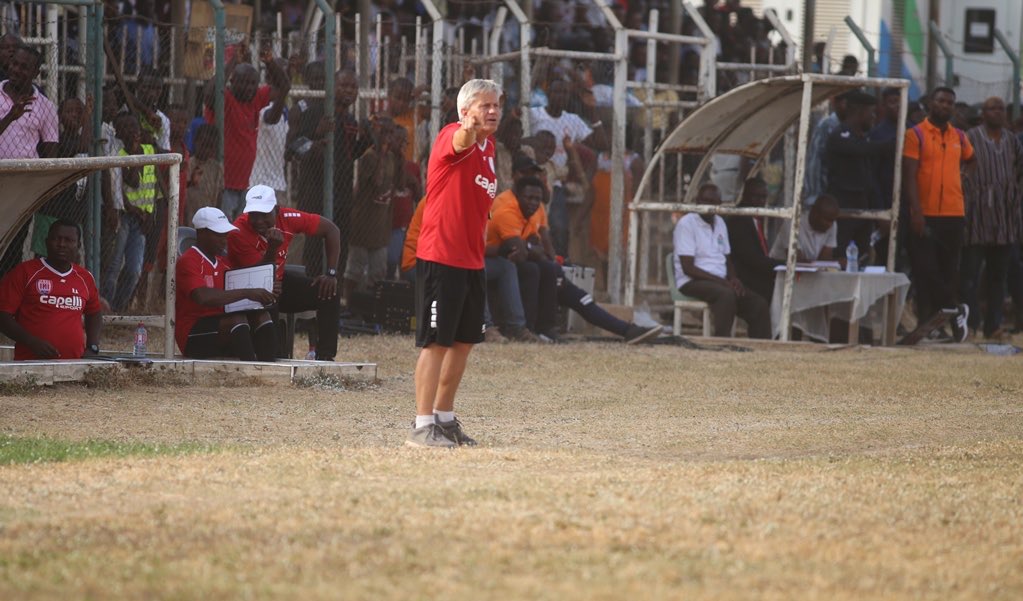 The Eleven is to one Boys have conceded only two goals in their last three games compared to the seven they let in in their previous four.

“I have been here for two and a half weeks and there were a lot of good players. When I joined, I realized they were missing a plan on how to defend,” he told Interalliesfc.com

‪“In training we have been focused on goals but I also teach them to understand how to defend as a team”.‬

‪”Lehm Henrik Peters is expectant the team will continue to deliver and is looking forward to recording more wins in subsequent matches in other to climb higher on the league log.‬

‪“I am hopeful the players will continue to deliver results. My expectation is to win as many matches as possible. When I look up, it’s a very close league and we are not far up and for me the most important thing is we are good on the standings.”

Inter Allies will host Medeama on Wednesday on match day 11 of the GPL.