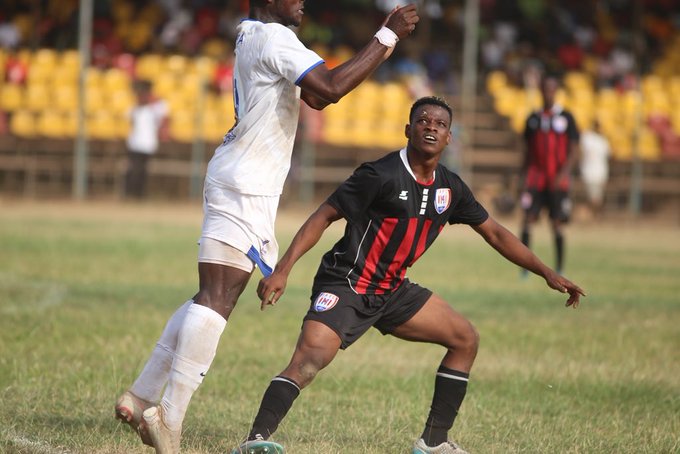 The striker was promoted from the club's feeder side Cedar Stars, ahead of the start of the campaign and has already made ten appearances out of 11 games.

Although he is yet to score his first senior goal for the club, the 20-year old forward is delighted by the experience.

“The experience playing in the league has been good so far. I have learnt a lot from the coaches and in matches I have played,” he told interalliesfc.com.

“I have been practicing especially after training on my own to improve my goal scoring and I am confident the goals will come soon in our upcoming games.”

With Adebayor the star of the Eleven is to One Boys, Alex AAso has managed to establish himself as a regular and has already provided an assist in the topflight.

Inter Allies travel to Cape Coast to play Ebusua Dwarfs on Sunday on match day 12 of the Ghana Premier League.