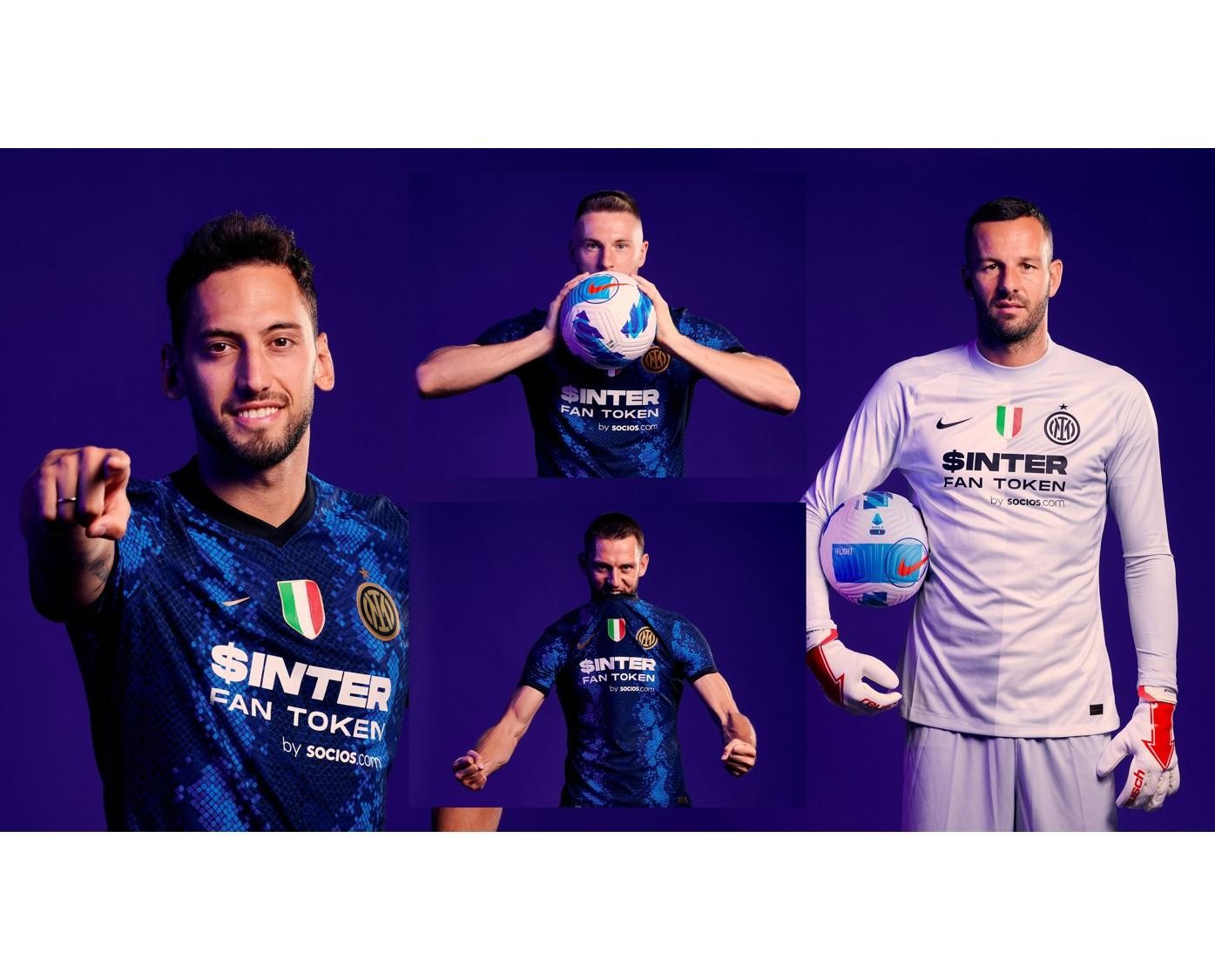 Inter have announced a major new partnership with Chiliz $CHZ, the leading blockchain providers for the global sports and entertainment industry. Through this partnership, the club will promote their soon-to-be-launched $INTER Fan Token from the front of their shirt.

Socios.com, the Nerazzurri’s new Global Main Jersey Partner, will become a digital meeting place for Inter’s worldwide fanbase, with the partnership reflecting the Club’s drive to create an ever-better fan experience for their global following.

$INTER Fan Tokens will create new experiences for Inter Milan supporters across the world, allowing them to become part of a vibrant digital community on Socios.com. There will be countless engagement opportunities on Socios.com for $INTER Fan Token holders, including the chance to influence the club in a range of important, interactive and fun, polls every season.

Fans will also be able to access exclusive club-related content, put their skills to the test and go up against other fans from around the world in club-related games, competitions and quizzes, competing in global leaderboards to earn once-in-a-lifetime real-life and digital VIP rewards and experiences. The $INTER Fan Token will launch in the near future.
Socios.com is a direct-to-consumer (D2C) platform that leverages blockchain technology to provide the world’s leading sporting organisations with the tools to engage with their global fanbases.

More than 40 major sporting organisations have partnered with Socios.com to launch Fan Tokens, including some of the biggest European football clubs and the Argentina and Portugal national football teams, as well as a number of leading teams from F1, eSports and cricket.

Created by Chiliz $CHZ, the leading blockchain provider for the global sports and entertainment industry, Socios.com has major expansion plans for 2021 and is targeting many more Fan Token launches throughout the world. Nearly 1.2 million fans have already downloaded the Socios.com app and the company’s hypergrowth will continue as it targets many more Fan Token launches with partners globally.

Alessandro Antonello, Corporate CEO of Inter, said: “We are very proud to announce this partnership today, an agreement that links us with a leading brand in its industry. This deal confirms the growth and the appeal of the Inter brand, despite all the challenges the Club is facing during the pandemic period.

“This jersey is of particular importance to us, since it is the first one with the Scudetto on our chest after so many years of waiting: this is a new milestone in our journey, and we are happy to celebrate it together with Socios.com and all our fans.”

Luca Danovaro, CMO of Inter, said: “Our partnership with Chiliz and Socios.com is solidly based on core values that we share: technology, innovation and staying close to our fans.

“The exciting activations that we are designing together will enable us to succeed in engaging with young generations all over the world, an objective that became even clearer for us during these months, when we felt the overwhelming support of all the Interisti even with closed stadiums.”

Alexandre Dreyfus, CEO of Chiliz and Socios.com, said: “The Inter Milan front-of-shirt is the perfect space for us to promote the start of this new partnership and build mass awareness of the opportunities for innovation and engagement created by the $INTER Fan Token.

“This is a special event. It’s the first time in more than a quarter of a century that the name on the front of the club’s shirt has changed. We’re very proud to be taking that privileged space to promote the launch of the $INTER Fan Token.

“Today’s announcement is the start of a new era for millions of Inter fans around the world, who will be able to join a thriving digital community on Socios.com, enjoying countless opportunities to engage with the team, influence key decisions and be rewarded by the club they love through $INTER Fan Tokens.”