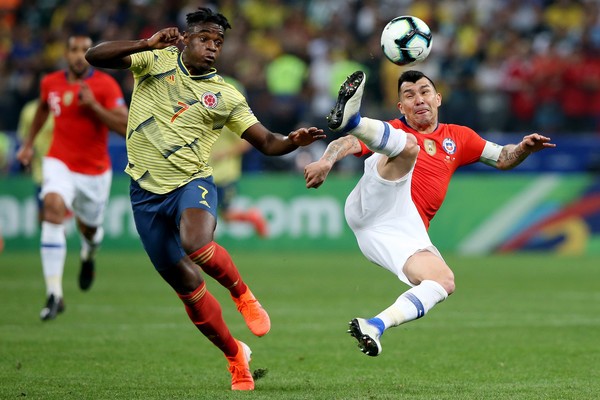 Colombia and Chile played out a scoreless draw in their Saturday-afternoon friendly but both sides are left worried as each had key players fall injured during the course of the action.

There’s particular concern in Italy, with the three players forced off all plying their trade in Serie A.

Gary Medel, a new signing at Bologna, was the first to have his day’s work ended prematurely, leaving the pitch just 21 minutes in.

Atalanta’s biggest goal threat Duvan Zapata fell next, having to go off moments later and still only midway through the first half to be replaced by Alfredo Morelos.

Things appeared to have settled on that front until late on, when Inter’s Alexis Sanchez took a blow to the left ankle and was withdrawn in the 88th minute.