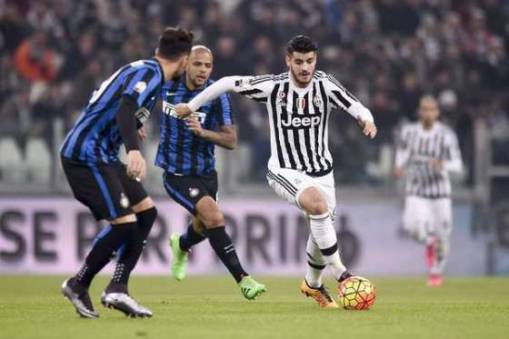 Another match, another derby, another loss. Such is life for Inter at the moment. The Nerazzurri’s deserved Serie A defeat at the hands of Juventus in the 228th installment of the Derby d’Italia was just the latest debacle in an extended run of dreadful form which has seen the Beneamata amass a mere 12 points out of a possible 30 since the turn of the new year. To put this into perspective, bottom-feeders Hellas Verona have amassed 10 points over the same stretch.

Against a steamrolling Bianconeri side it was always going to be difficult to get any sort of result while currently void of any semblance of confidence. The team has been finding new ways to lose weekly, and Sunday was no different, Danilo D’Ambrosio undoing what was a respectable first half with one ill-advised turn of the neck, on a ball that he could have easily let run for a goal kick. Much like the team did after Mauro Icardi’s penalty miss against AC Milan a month ago, Inter capitulated under adversity and forfeited the match as a contest thereafter.

If the warning signs weren’t apparent in the respective forms of the two rivals in the months leading up to the derby, they certainly showed their ugly faces when coach Roberto Mancini announced his starting XI. A switch to a rather unfamiliar 3-5-2 formation will have left some supporters scratching their heads. On the surface, Mancini’s decision seemed understandable, it was an attempt to combat Juve’s similar system, an effort to crowd the midfield and put Juventus under a bit of pressure. Makes sense, right?

Given that Inter have been criticised all season for their negative approach to matches, however, the formation change inevitably led to fears that this 3-5-2 would become a park-the-bus 5-3-2 and provide Juve the opportunity to dominate proceedings. These fears were realised from the opening minutes as Juve took the liberty of moving at will into dangerous areas, so much so that even the centre-backs were getting in on the action. For Mancini’s Nerazzurri, a potentially bold tactic became one of fear.

After an uneasy opening 15 minutes which saw Juventus create numerous chances to score, Inter did manage to adapt and slowly become a factor, though without creating very much for themselves. It seemed as if Mancini was playing for the 0-0 and given Inter’s downward spiral of late, a draw against the seemingly unbeatable league-leaders in Turin might have felt like a victory in itself.

Cue another defensive mishap minutes into the second half and the hard work was all for naught. Now that it became time for the 3-5-2 to actually become so, Inter could not effectively deploy it and created nothing until Mancini eventually switched to a conventional back-four.

Part of the problem was the fact that Inter could offer nothing creatively in the middle of the park as has been the issue throughout the majority of the season. With Marcelo Brozovic out through suspension, Mancini felt obliged to deploy a Felipe Melo, Gary Medel and Geoffrey Kondogbia combination, as unimaginative a midfield as you will find in Serie A. The last time the three were deployed together? Against Juve in the Coppa Italia semi-finals first leg where Inter were embarrassed 3-0. This last result had demonstrated the necessity of further assistance for the midfield trio but with the full-backs forced to withdraw, sufficient help was nowhere to be found.

When a team faces a glaring creative hole in the midfield, forwards need to pick up the slack. Rodrigo Palacio, despite being a fantastic servant of the team these past years, is not a creator and Icardi certainly isn’t either. Inter’s creative spark in their previous 3-1 victory over Sampdoria was Jonathan Biabiany, who incidentally did not even get on the pitch Sunday.

Adem Ljajic, who was arguably Inter’s most dangerous creative weapon in the first half of the season, has seemingly found himself in Mancini’s doghouse and wasn’t introduced until the result was already finding itself out of reach. This cannot help but bear the question: is this strong asset-management being demonstrated by Mancini? At some point, someone needs to be able to unlock a match with creativity and there aren’t many at the moment who look up to the task.

Realistically, creativity is something that Inter will struggle with for the remainder of the season, the club’s transfer strategy has prescribed as much. Mancini will have to get creative himself, beginning with Palermo on Sunday, in order to finally find a system that works consistently or Inter will face another disappointing season without glory of European football.

Oh, right, and before the Nerazzurri step back onto the field in Serie A, there’s an undermanned Coppa Italia second leg on Wednesday against Juventus that most supporters would probably not wish to endure at the moment.