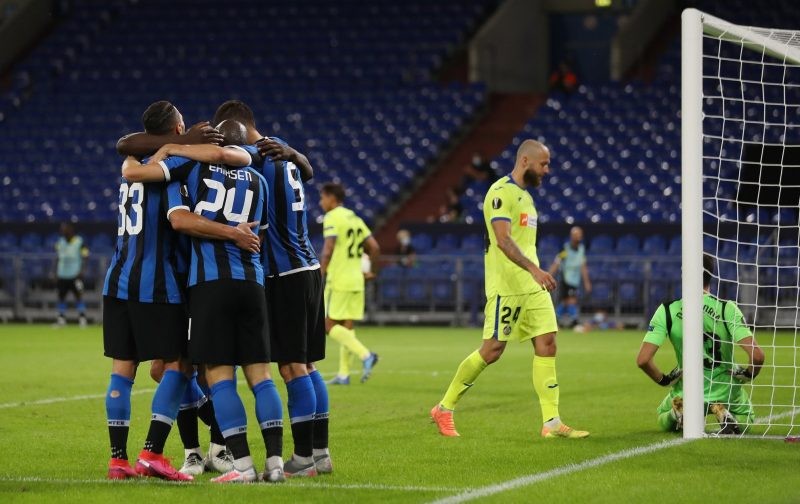 Despite a slow start, Inter ensured their progression to the Quarter-Finals of the Europa League with a 2-0 victory over Getafe at the Veltins Arena on Wednesday.

The Nerazzurri led through Romelu Lukaku’s first time finish, and after Jorge Molina missed a penalty for the Spanish outfit, Christian Eriksen sealed victory late on.

Victory sets up a Quarter-Final clash with one of Bayer Leverkusen or Rangers and optimism of European silverware is growing in the black and blue half of Milan after a well-earned win.

Inter have last shot at silverware

After a season that promised so much, with Antonio Conte taking the helm and heavy spending in the summer, there was a danger that Inter’s campaign would fall flat.

Second place in the Scudetto race by a single point is their best finish in recent memory, but it was as much down to Juventus’ complacency as Inter’s good late form, whilst the Nerazzurri were dumped out of the Coppa Italia at the Semi-Final stage.

With a favourable route to the Europa League Final, Inter can turn this season into something more memorable and victory over Getafe proved the perfect platform to build for this mini-campaign.

Lukaku the catalyst for success

Upon Conte’s arrival, the coach demanded the addition of Manchester United striker Romelu Lukaku to replace Paris Saint-Germain bound Mauro Icardi. In Gelsenkirchen, the powerful Belgian once more proved why Conte was so insistent on getting his man.

Dominant from the off, Lukaku showcased his speed and physical prowess, particularly as he brought a lofted ball down and held Xabier Etxeita off to fire Inter ahead in the first half. The 26-year-old netted his 30th goal of the season and has hit his stride just as the Nerazzurri enter the quickfire latter rounds of this condensed Europa League tournament.

Whilst strike partner Lautaro Martinez was deadly in their doomed Champions League campaign earlier in the season, Lukaku is looking more and more like the man to end Inter’s 10-year wait for a trophy over the next month.