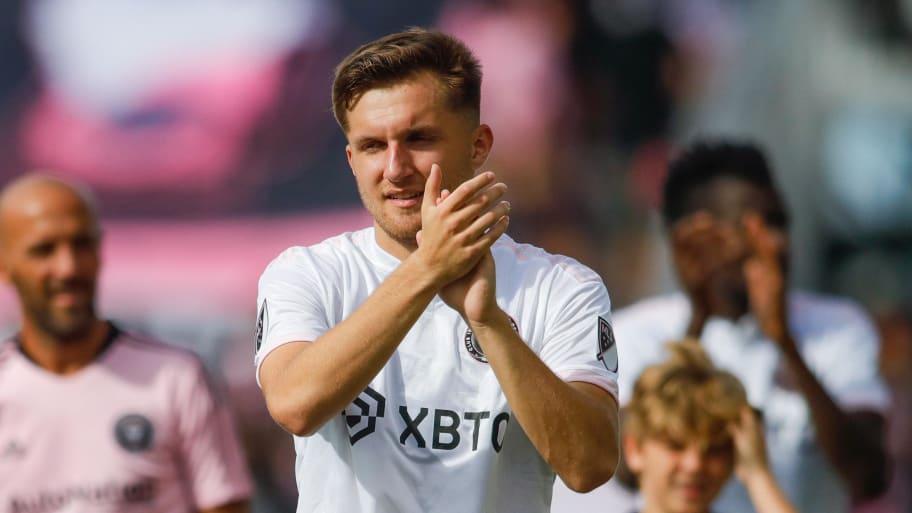 Inter Miami have re-signed winger Indiana Vassilev on loan from Aston Villa for the remainder of the 2022 season, the club announced Thursday.

The 21-year-old enjoyed a successful stint at DRV PNK Stadium last year, scoring three goals in 21 MLS appearances after joining on July 7. Since returning to Villa, Vassilev has scored two goals and assisted another in five Premier League 2 appearances.

Yael Averbuch West hosted Gotham FC duo Ashlyn Harris and Ali Krieger on the latest episode of 90min podcast Football Americana. The two opened up about their journeys to the NWSL, before diving in on what it’s like representing the same team and winning the World Cup as a married couple.

Also eligible for Bulgaria, Vassilev has 21 caps to his name for the United States across various youth levels, scoring four goals. He has eight senior appearances under his belt for Aston Villa, including four during the 2019/20 Premier League season.

“We’re very excited to bring Indiana back to Inter Miami. He left a fantastic impression both on and off the pitch last season and we’re thrilled to see him return,” Inter Miami chief soccer officer and sporting director Chris Henderson said in a club press release. “We’re always looking to improve and we feel Indiana will help strengthen our options across a number of positions in attack and midfield.”

Vassilev will add some vital attacking quality and depth to Phil Neville's roster as he seeks to push Inter Miami back into the MLS Cup Playoffs after missing out in 2021.

The Herons lost 2-0 to the New England Revolution in their last match, but enjoyed a four-game winning streak across all competitions (3 MLS, 1 US Open Cup) prior to that, helping them sit 12th in the Eastern Conference but just two points below the Playoff line.

Up next for Inter Miami is an away trip to expansion side Charlotte FC on Saturday before they host Tormenta in the US Open Cup round-of-32 on Tuesday evening.

This article was originally published on 90min as Inter Miami complete re-signing of Indiana Vassilev on loan from Aston Villa.