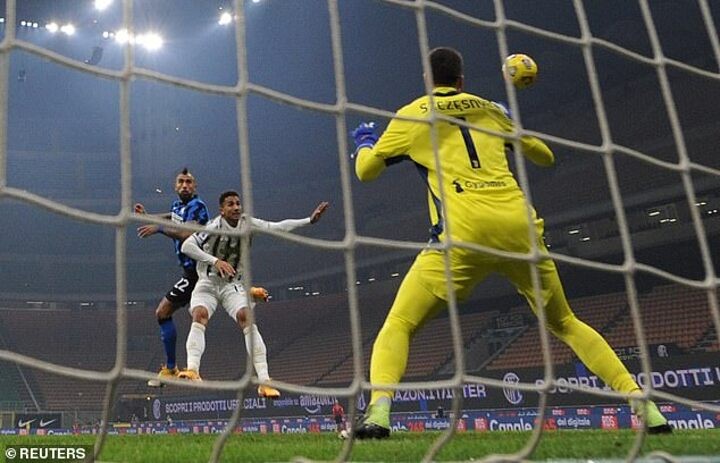 Inter Milan's Nicolo Barella scored one goal and set up another to help secure a 2-0 'Derby of Italy' victory over champions Juventus and send his side joint-top of Serie A while putting a major dent in the Turin side's title hopes.

Former Juve midfielder Arturo Vidal scored his first league goal for Inter when he headed in an inviting Barella cross after 12 minutes.

Antonio Conte's side grabbed a deserved second after the break when Barella raced onto a long Alessandro Bastoni pass and finished clinically into the top corner, after which the victory was never in doubt as Juve failed to threaten a comeback.

It was Conte's first Serie A win on his fourth attempt against the club he previously represented as a player and coach, and the result leaves Inter level on 40 points with league leaders AC Milan, who visit Cagliari on Monday.

Juventus have a game in hand over Inter but are fifth with 33 points, leaving Andrea Pirlo's side with a lot of ground to make up in their quest for a 10th consecutive Serie A title.