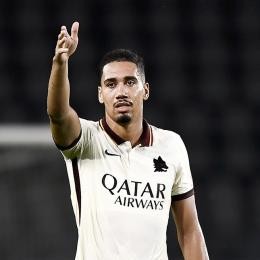 Not signed on a permanent move by AS Roma, over Manchester United not stepping back from their 20 million euros demand, 30-year old English centre-back Chris Smalling might end up fending again into the Italian league realms. To this end, according to La Gazzetta dello Sport, Inter Milan management, which purchased Romelu Lukaku from Red Devils last summer, and have just finalized a further agreement with PL giants, regarding Alexis Sanchez, are in talks with Old Trafford side again. Meanwhile, Smalling, still on a deal with United until June 2022, is still tracked also by Juventus, Arsenal, Everton, and Tottenham.