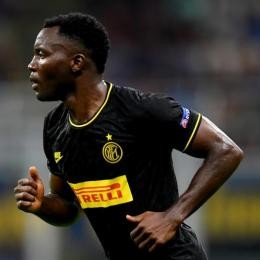 The 30-year-old's agents have been invited by the Serie A side to begin negotiations over an extension to see the utility player stay at the Milan side for longer.

Insiders have told Ghana's leading soccer news website that they want the influential player to extend his contract now even though he has about one year more left on his current deal.

Asamoah has been a cornerstone for Antonio Conte at Inter Milan since he joined the club from their rivals Juventus last season.

The former Udinese player, who is currently slightly injured, will also get a pay rise after the deal is extended based on the terms proposed by his agents.