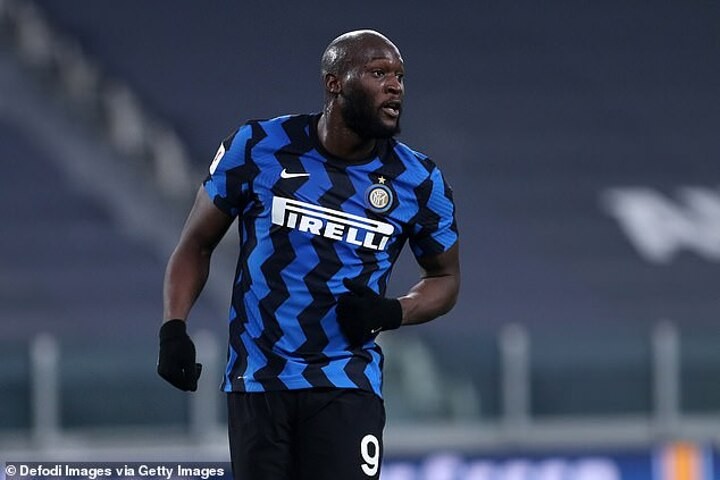 Manchester United are reportedly set to demand Inter Milan pay them the remaining £43million for the transfer of Romelu Lukaku or give them Lautaro Martinez or Milan Skriniar as 'compensation'.

The Serie A side are said to have missed a bonus payment of £4.32m included in the original agreement for the striker dating back to 2019, when he joined the club for £75m.

Inter still owe United £43m of the transfer and talian outlet Il Corriere dello Sport claim the agreement between the two clubs came with a clause that says they must pay the outstanding fee if they fail to make one instalment.

The Red Devils are said to have asked for either Martinez or Skirniar as compensation for the missed payment.

Martinez is one of the club's most valuable players with the striker having netted 17 goals in all competitions this season. Centre back Skriniar has helped the club to eight clean sheets in Serie A.

Several clubs in Europe have taken a substantial financial hit during the Covid-19 pandemic. The reported missed payment follows the news that Inter's owners Suning have halted operations at its Chinese football clubs due to financial jeopardy.

An announcement from the company stated all of the clubs in its stable, including the recently-crowned Chinese Super League champions Jiangsu FC, would 'cease operations'.

While they have confirmed their commitment to the Italian club, they added they are looking for 'suitable partners' to support them financially.

Suning is one of China's largest retailers and also owns Inter - but now plans to focus on core businesses, which leaves its non-retail assets at risk.

Inter announced this week that they will end their £10m shirt sponsorship deal with Pirelli at the end of the season after a 26-year partnership.

Following the announcement, the club were forced to reiterate Suning's financial commitment to the club in a statement designed to reassure supporters.

'As part of ongoing capital structure and liquidity management, the business and our ownership are in talks to provide a range of solutions in this respect,' the club said.

'While Suning have confirmed their commitment to financially support the club with or without additional external support, it is also sensible and prudent to look outside.

'With that in mind, Suning appointed key advisers in Asia to work with them to find suitable partners, be that with an injection of equity capital or otherwise.

'Talks with key potential partners in this respect remain ongoing.'