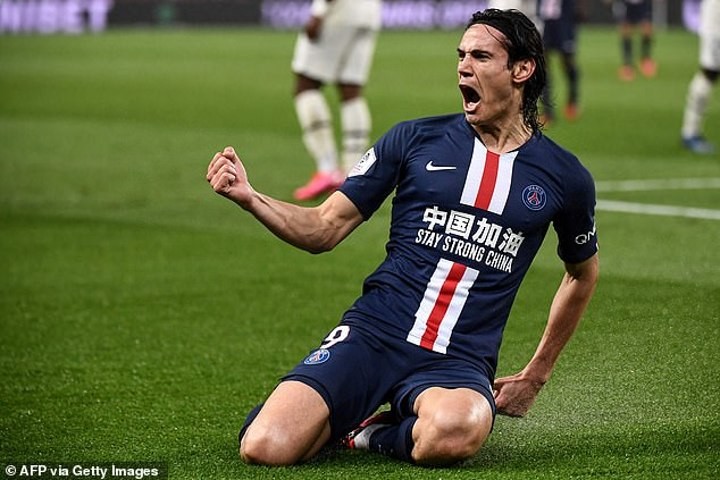 Inter Milan are leading the race to sign Edinson Cavani after offering the striker a three-year deal, according to reports.

The Paris Saint-Germain star, who is out of contract this summer, has been linked with a move to Manchester United, Atletico Madrid and Newcastle but could be on his way to Serie A.

According to French outlet L'Equipe, Antonio Conte's side are prepared to offer him a secure future with a three-year deal.

It would be a bold move by the Italians with Cavani set to be 36 by the time the contract expired.

The report claims Inter are the favourites to secure his signature because of his previous experience in Serie A with Palermo and Napoli.

Newcastle would perhaps be able to offer him more playing time but the Italians are likely to have Champions League football next season.

Manchester United and Atletico are also in the running but the proposition of a longer deal may be more tempting.

Cavani was heavily linked with a move to Chelsea in January but a move failed to materialise and he ended up staying in Paris.

However, reports last month suggested the forward was open to extending his contract with PSG with the club looking at saving money in the transfer market.

The Uruguayan has managed seven goals and three assists in all competitions this season after featuring more heavily since the turn of the year.

France's Ligue 1 season was cancelled at the end of April due to the pandemic with PSG being awarded the title.