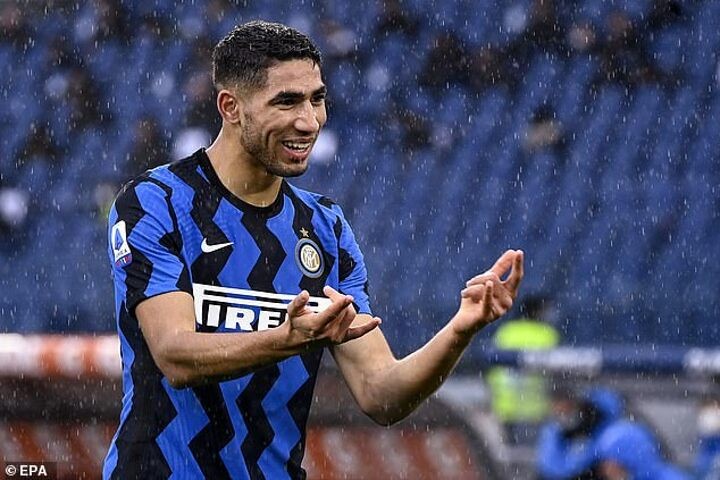 The move, designed to reflect a closer connection with Italy's capital and give the club a clearer and more modern global identity, is planned for March 9 - exactly 113 years after the club came into existence, according to La Gazzetta dello Sport.

A new crest will also be unveiled - coming after Juventus opted to change their badge in 2017 - with Romelu Lukaku among those to have modelled the new look.

The change has been a while in the making and is set to go ahead despite monetary pressures facing the club due to the Covid-19 pandemic as the Italian giants look to take on new investors, with British private equity firm BC Partners among those being considered amid unrest as wage payments to players have not been met on several occasions.

In a period of great upheaval for Inter, Evergrande are also on pole to replace Pirelli as the team's main sponsor, while the San Siro is set to be demolished and replaced by a brand new stadium on the site in due course.

On the pitch, Antonio Conte's men are in contention to win their first Serie A title for 11 years after a 2-0 win over Juventus saw them move level on points with city rivals AC, although Stefano Pioli's side play on Monday night at Cagliari.

Cristiano Ronaldo had an early effort correctly ruled out for offside before Arturo Vidal broke the deadlock against his former club with his first goal for Inter, heading home after 12 months from Nicolo Barella's right-wing cross.

Barella then doubled the hosts' advantage on 52 minutes, blasting home after a phenomenal defence-splitting pass from the sliding Alessandro Bastoni.