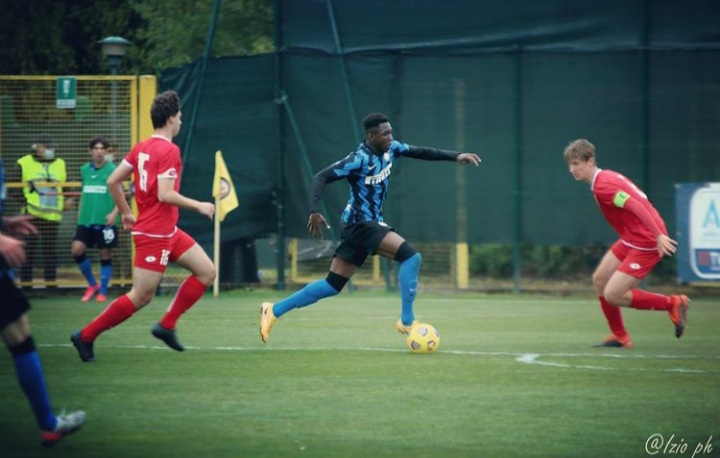 Ghanaian starlet Enoch Owusu scored for the third time in a row but this time to help Inter Milan draw 2-2 with arch-rivals AC Milan in Italy's U17 Championship.

The 16-year-old was the Nerazzurris major threat going forward as he displayed remarkable technique with his ball control, showed bravery in possession, made the right moves, and provided visionary passes.

It was Milan drew first blood in the 20th minute after Emmanuel Anane produced an assist for Leonardo Rossi to put them ahead.

Owusu continuously tormented his opponents as Inter searched of the equaliser.

In the 33rd minute, midfielder Daniele Queito sent in a perfect low cross for Owusu to tap in to restore parity for the home side.

That was his fourth goal of his campaign for Inter in three consecutive matches in the league.

The Rossoneri restored their advantage in the 47th minute after Andrea Bozzolan converted from the spot kick. B

But Andrea Pelamatti drew level for the Nerazzurris in the 77th minute.