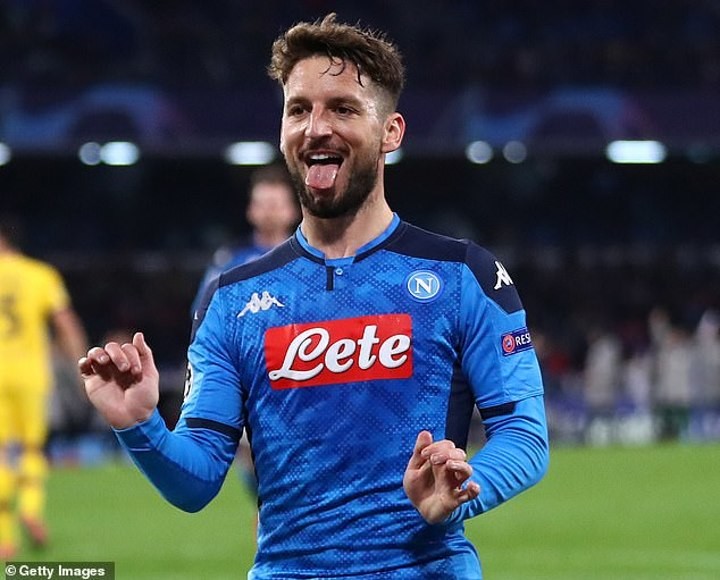 Inter Milan have reportedly moved to the front of the queue in the race to snap up Dries Mertens from Napoli on a free deal at the end of the season.

The 32-year-old will be out of contract this summer and it comes as a blow to Premier League trio Arsenal, Manchester United and Chelsea.

Inter are ready to offer him a bumper deal to move to the San Siro, according to Calciomercato.

They claim an £85,000-a-week contract is on the table for the Belgian forward as Antonio Conte looks to further bolster his squad.

The report states that an £85,000-a-week contract is on the cards for the Belgian international, with Antonio Conte looking to bolster his squad even further.

Mertens has remained in fine form despite a difficult campaign in Naples, and is the club's joint topscorer with 12 goals.

He scored Napoli's goal in their 1-1 draw with Barcelona in the first leg of their Champions League last-16 clash in February.

Arsenal, Chelsea and United have been keeping tabs on the Belgium hotshot and looked at a potential deal in January.

Chelsea came close but could not get a deal over the line, forcing Olivier Giroud to stay at Stamford Bridge.