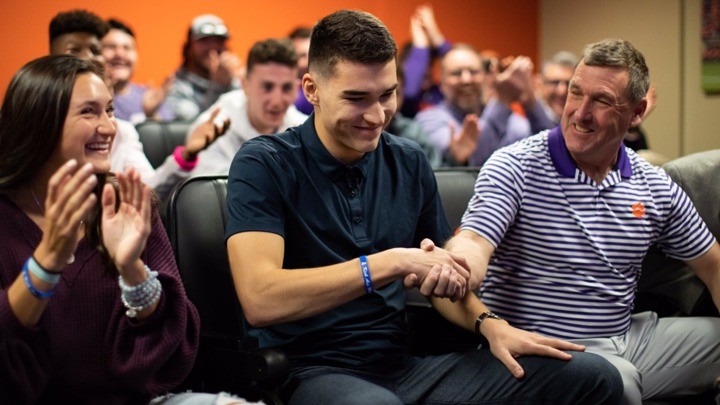 Inter - co-owned by former England captain Beckham - are one of two expansion franchises preparing for their first MLS season, with Nashville SC the other.

The Florida club had the first selection in the draft and went for 18-goal Robinson from Clemson, who won the 2019 MAC Hermann Trophy for the best college player.

Beckham's side had the third selection, too, taking right-back Dylan Nealis, while Nashville used the second pick on Big Ten Defensive Player of the Year Jack Maher.

"Inter Miami CF continued to fortify its roster with the selection of two college standouts in the 2020 Major League Soccer (MLS) SuperDraft," the side stated on its official website.

"Additionally, the Club traded its natural fourth-round pick (No. 79 overall) in the draft to FC Dallas today in exchange for the College Protected List Rights to Dylan Castanheira.

“'Robbie and Dylan Nealis have both had exciting collegiate careers and will bring more offensive and defensive depth to our roster,' said the Club’s Sporting Director Paul McDonough. 'As for Dylan Castanheira, he’s a promising young player that we look forward to continue watching this season.'

Inter have been linked with an array of high-profile forwards, including Edinson Cavani and Luis Suarez, while they already have highly-rated Argentina youth international Julian Carranza on their books after completing his signing from Banfield this month.