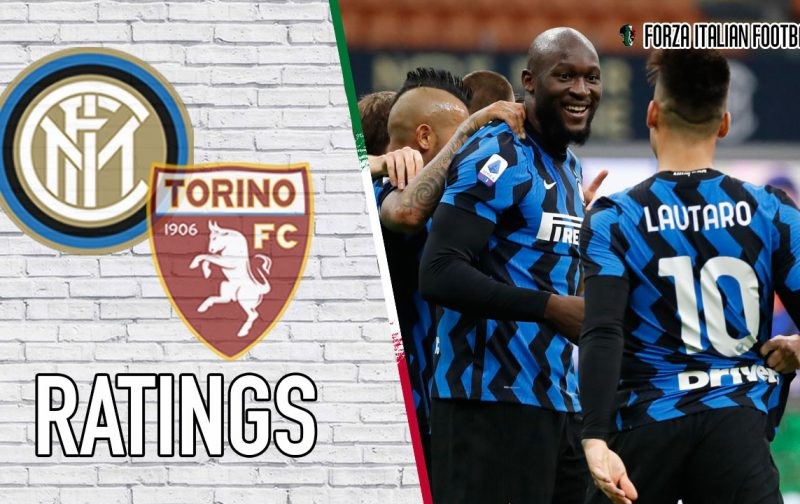 Inter came back from behind to beat Torino 4-2 in an eventful match which saw the Granata dominate the hosts for 60 minutes before melting when the three points looked within their grasp.

Romelu Lukaku once again proved decisive by putting his name on the scoresheet twice, although, just like his teammates, he also played a disappointing first half.

The Granata found the opener seconds before the break but they could have scored at least two goals in the opening stanza, something which was only prevented by an inspired Samir Handanovic, who stopped the visitors from taking the lead much earlier.