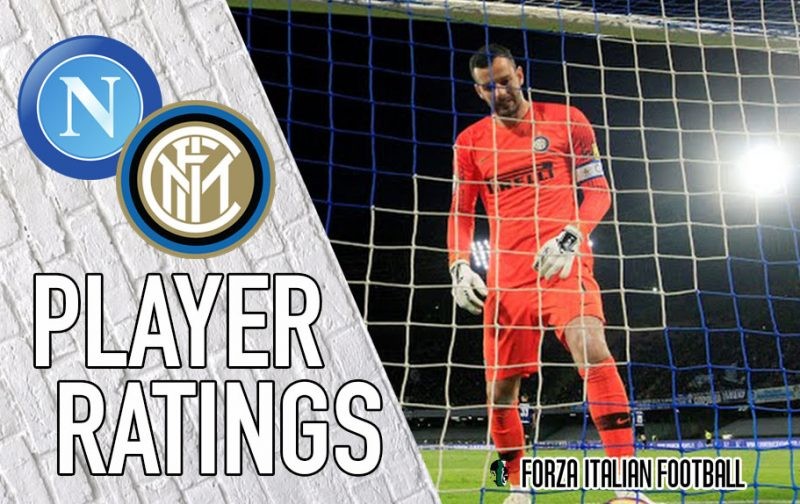 Inter will look to clinch their place in next season’s Champions League on the final day of the season as they were torn apart in a 4-1 defeat to Napoli on Sunday.

Luciano Spalletti’s men entered the contest knowing that three points would be enough to seal their place in the competition, but aside from the opening 10 minutes of the match, the Nerazzurri always looked second best as goals by Piotr Zielinski, Dries Mertens and a brace from Fabian Ruiz highlighted the Azzurri’s dominance on the night.

Mauro Icardi scored a late penalty that changed little, meaning Inter must now win their final game of the season against Empoli – who need three points themselves to avoid relegation – to ensure their place in the top four.

Have your say and rate the players’ performances!