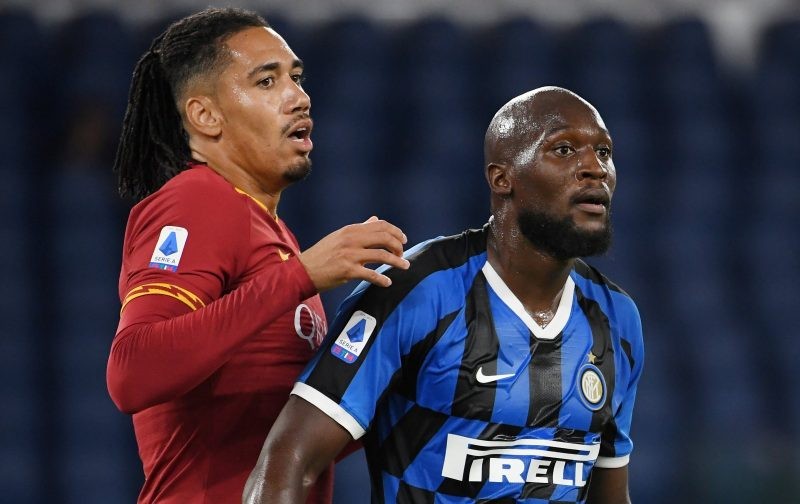 Manchester United defender Chris Smalling has emerged as a potential transfer target for Inter as the club consider moving on from Milan Skriniar.

Smalling has been out of favour at United since the arrival of manager Ole Gunnar Solskjaer in 2018 and spent the entirety of the 2019/20 campaign in Serie A on loan with Roma.

Tuttomercatoweb reports if the Nerazzurri do receive a suitable bid for Skriniar they will go all out to bring Smalling to the Stadio Giuseppe Meazza, with his €20 million price tag and proven Serie A pedigree making him a more than attractive replacement.

Skriniar has struggled to find his feet in Antonio Conte’s system, much like Smalling at United under Solskjaer, and found himself out of favour towards the tail end of the season.

Recent reports suggest that several top clubs are still interested in the Slovakia international, despite his drop in form, the Nerazzurri are reportedly willing to listen to bids around the €60m mark for the defender.