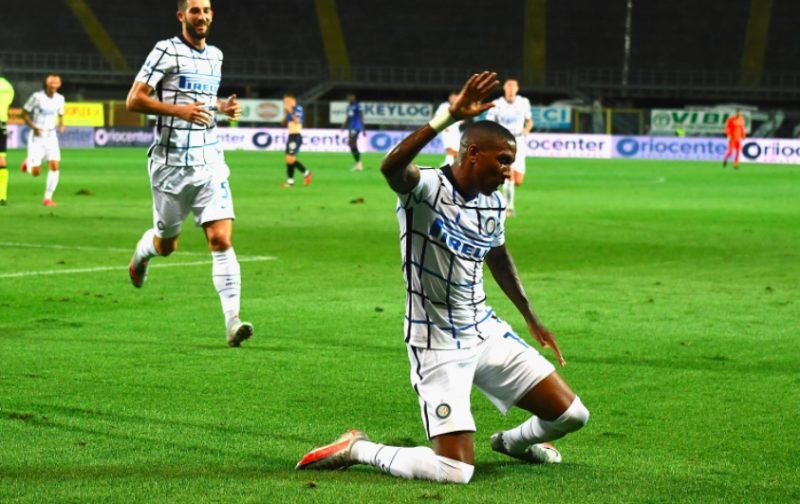 Inter clinched second place in Serie A on Saturday evening as they left Bergamo with all three points after a 2-0 win over Atalanta.

The sides met in what was a straight shootout for the runners-up spot in the table, but the hosts looked fatigued from the very first whistle and never got themselves into the game.

Atalanta had hardly touched the ball by the time Inter opened the scoring inside a minute. Lautaro Martinez broke and a poor touch from Romelu Lukaku opened up a chance for Nicolo Barella, but he sent a shot wide via a deflection from close range.

Ashley Young worked the corner short before crossing and Pierluigi Gollini completely misjudged the flight of the ball and missed it, giving Danilo D’Ambrosio an open goal to head into. Gollini was then forced off immediately with an injury, leaving Marco Sportiello to come on in his replacement.

Young was the scorer as Inter doubled their lead before the cooling break had even come. Atalanta were even slower than they had been at Parma and the visitors took advantage as Young stepped past Timothy Castagne with ease before curling a low strike into Sportiello’s bottom left-hand corner.

Atalanta slowly grew into the game but even as they settled they didn’t cause too much trouble to Inter’s backline and Samir Handanovic had a very peaceful first half.

The hosts were better after half time, but still some way off their usual level.

Both Robin Gosens and Duvan Zapata had chances to cut the deficit for La Dea but failed to capitalise on their openings.

Romelu Lukaku had a chance to make it three late on but shot over after a good run.

Lazio’s loss at Napoli ensured that Atalanta did secure a third-place finish for the second straight season, with Inter taking second and the Biancocelesti ending the campaign in fourth.