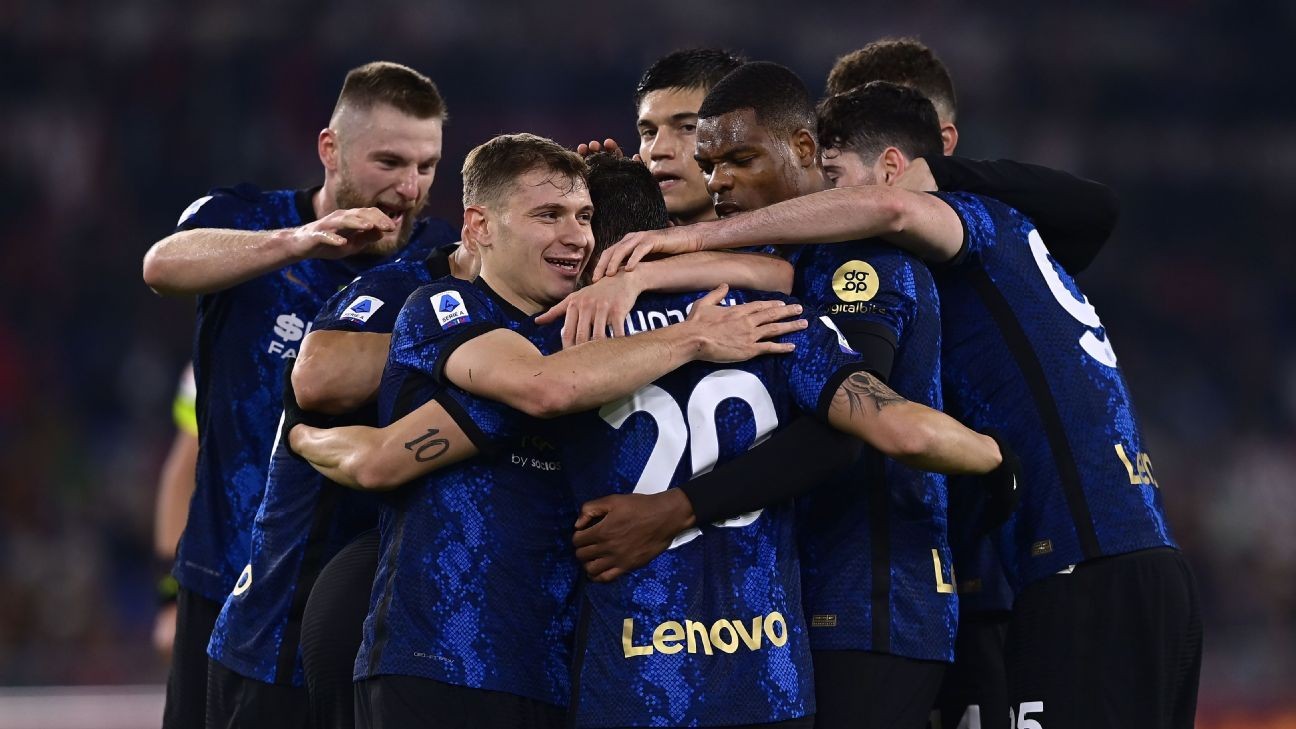 AS Roma collapsed to a 3-0 defeat at home to manager Jose Mourinho's former club Internazionale on Saturday, as the champions climbed to second in Serie A and inflicted a fourth defeat in six league games on the capital club.

Mourinho led Inter to an unprecedented treble in 2010, but his first meeting with them as an opposing coach ended with the second Serie A home defeat of his career in his 46th match -- the other coming against AC Milan in October.

The Portuguese pointed to his side's absentees, who included the suspended Tammy Abraham and Rick Karsdorp and injured captain Lorenzo Pellegrini, after a comprehensive defeat.

"Inter are stronger than us in normal circumstances, in these circumstances they are much stronger," Mourinho told DAZN.

"Today between injuries and suspensions it was a very limited selection. Our attacking potential was practically zero, we had three chances and didn't score," Mourinho added.

"When you play with a new defensive system you can't concede goals like the first and third."

The Nerazzurri dominated at the Stadio Olimpico as Hakan Calhanoglu struck the opener directly from a corner after 15 minutes before Edin Dzeko doubled the lead nine minutes later against the team he left in the close season.

Denzel Dumfries headed home a deserved third for the Milanese club six minutes before the break as Inter stormed to a fourth consecutive league win.

Inter are second on 37 points, one ahead of Napoli, who host Atalanta in the late game. Roma are fifth with 25 points.

Roma were soon on the back foot after Calhanoglu's inswinging corner sneaked through goalkeeper Rui Patricio's legs at the front post.

"I always try it at the front post, and it went in. There was a bit of luck, but I'm happy to have scored," Calhanoglu told DAZN.

"Today we dominated, we didn't give anything away. It was a great game."

The Turkey international was involved again for the Nerazzurri's second, finding Dzeko in the box for the Bosnian to finish.

Dzeko refused to celebrate against the club he scored 119 goals for during a five-year spell, but the 35-year-old soon threatened again with a shot that required a one-handed save and a header that flew narrowly over.

Dumfries came to Inter's rescue to block a Matias Vina shot from a rare Roma attack, before going up the other end two minutes later to head in an inviting Alessandro Bastoni cross for his first Inter goal.

The first-half bombardment left Inter with an unassailable lead and shell-shocked Roma failed to muster a response after the break.

Nicolo Zaniolo's fierce effort hit the side netting for the hosts, while Inter substitute Stefano Sensi should have done better when he fired over from 12 yards late on.