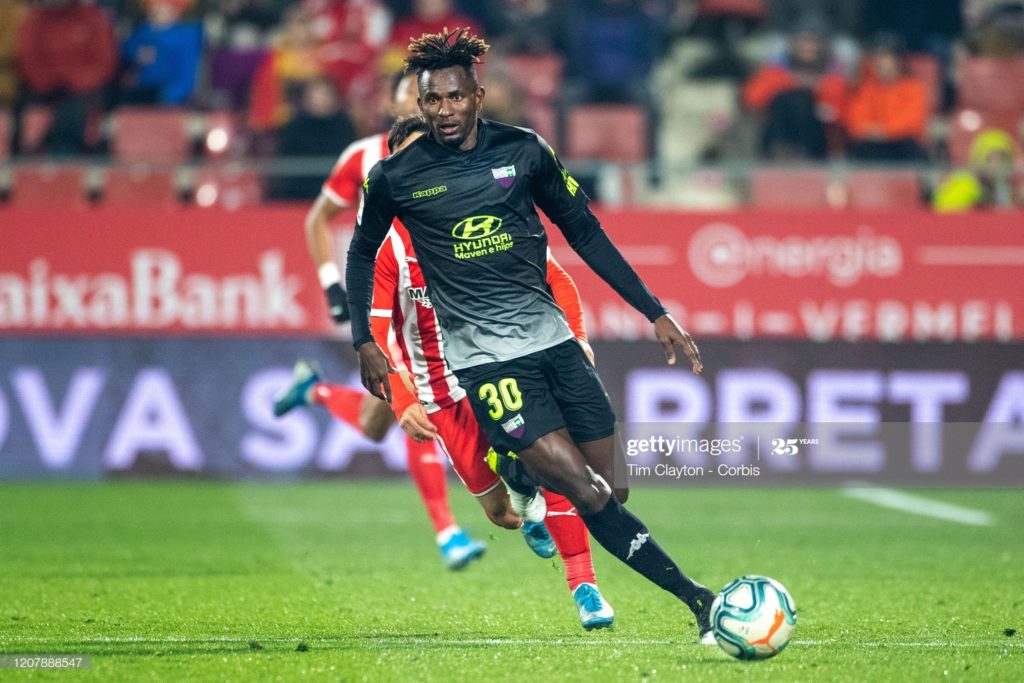 Midfielder Emmanuel Lomotey is thrilled by the interest from other European clubs for his services following an outstanding showing in the Spanish second-tier this season.

The Extremadura UD central midfielder has been phenomenal this season as he has managed 15 league appearances and has scored once in the process.

French Ligue 1 side FC Metz, Portugal's Sporting Braga and Bundesliga side Union Berlin have all shown interest in getting the Ghana U23 star this summer.

"I have read about it on the internet but now my focus is on helping my club to stay in the league. I want to give my best always
for Extremadura." Lomotey told Graphic Sports Online.

"Anything concerning transfer is in the hands of my representatives."

Lomotey says he will continue to give his best despite attracting interest from other European clubs.

"As a player, if other clubs are said to be interested in you, it means your work is being noticed. I will continue to give my
hundred percent on the field."

The 22-year-old joined Extremadura in July 2017 from Ghanaian side Dreams FC after being named player of the season.

Lomotey was key member of the Ghana team that won the 2017 WAFU Cup of Nations hosted in Ghana.

He was also part of Ghana U23 team that failed to qualify for the 2020 Olympic Games in Egypt.